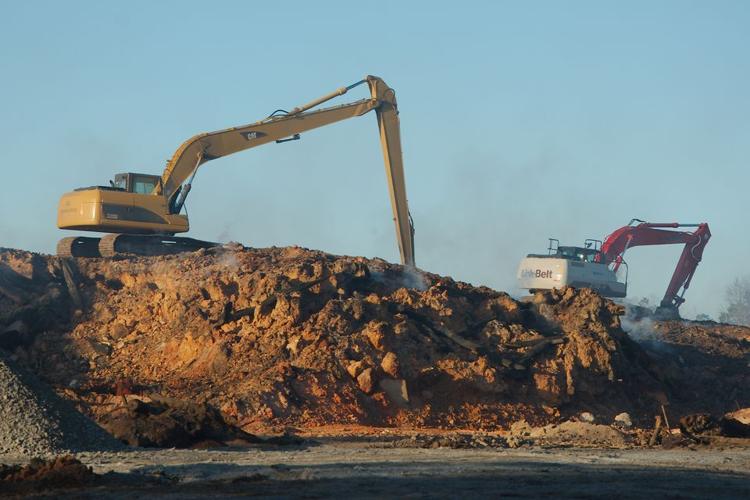 Contractors for the U.S. Environmental Protection Agency begin to dig out and extinguish the fire at a green waste landfill near Moody on Friday. 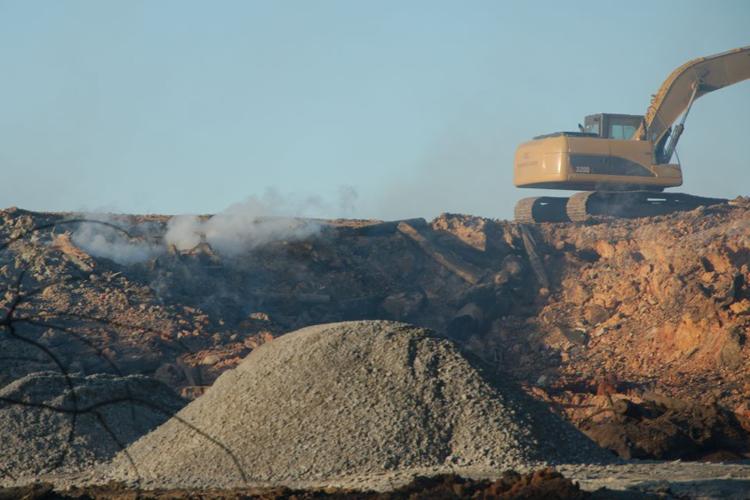 Contractors for the U.S. Environmental Protection Agency begin to dig out and extinguish the fire at a green waste landfill near Moody on Friday, Jan. 20. 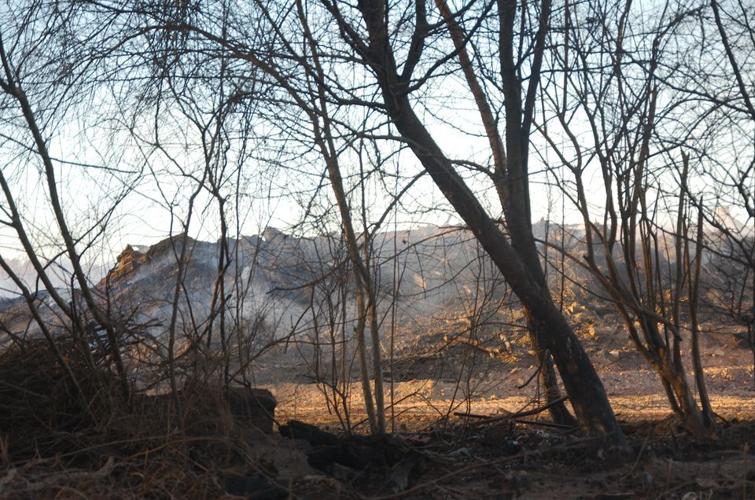 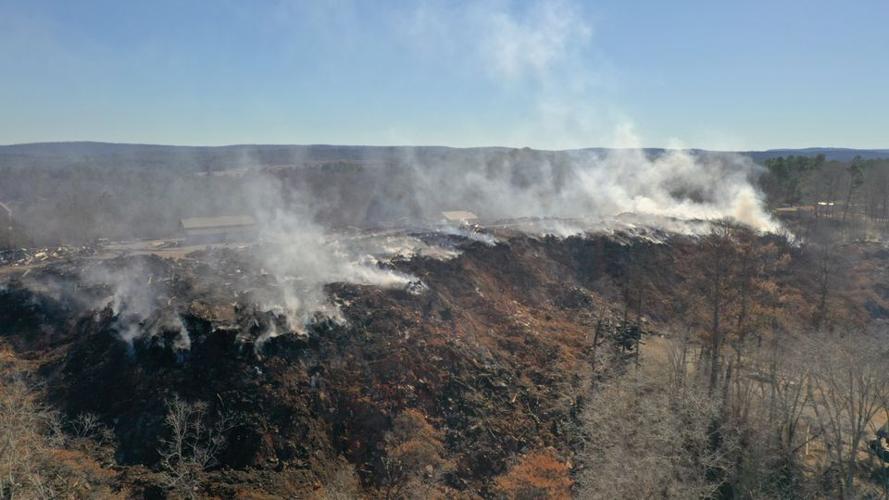 Fire continues to burn at the Environmental Landfill, Inc. dumping ground in St. Clair County on Jan. 5. The fire was first reported on Nov. 25, 2022. 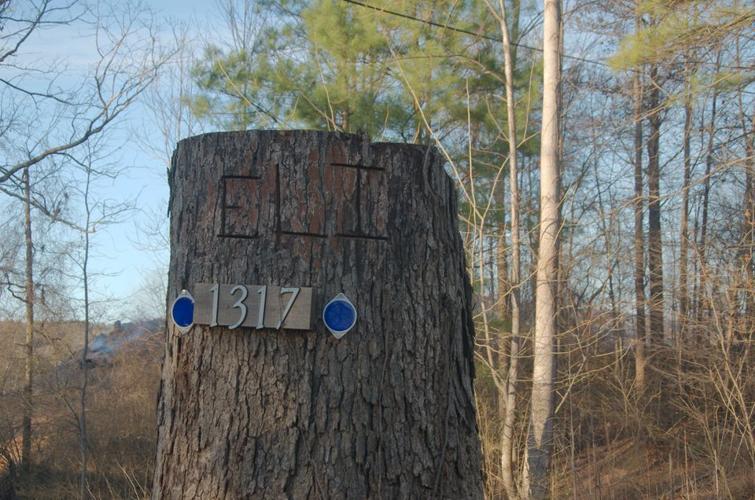 There’s now more than just smoke hanging around the site of an underground landfill fire near Birmingham. In the two days since the U.S. Environmental Protection Agency showed up to take control of the scene, the area has been abuzz with EPA trucks, bulldozers and excavators moving in to begin putting out the fire.

Terry Stilman, one of two EPA on-scene coordinators brought in to the site, said that the preferred option was to use dirt to smother the fire, rather than using a mix of water and chemical wetting agents, an option that had been discussed before the federal agency took the lead.

“We’re looking to cut off the oxygen,” Stilman said. “We will have a water truck out here in case there’s any active flame, but we’re not looking to use a great deal of water or wetting agents to do that.

“Generally in a landfill situation, you try and snuff it out.”

The fire has been burning for two months. EPA took over operations this week after Alabama Gov. Kay Ivey declared a state of emergency on Wednesday, and air samples collected near the site showed elevated levels of two compounds that are known human carcinogens, benzene and trichloroethylene.

The plan may still change, but the agency hopes using dirt will hopefully allow contractors working for the EPA to extinguish the fire without endangering nearby waterways like Big Black Creek, a Cahaba River tributary.

“We have kind of a preliminary plan but you know, once we start moving and actively trying to put out the fire, we may amend the plan,” he said.

Stilman said EPA’s goal is not just to extinguish the fire, but to reduce the amount of smoke being released as quickly as possible. To that end, he said the agency is installing additional air monitors in the area.

“We’re reestablishing those [air sampling] locations so that we can determine how effective we’re being in reducing the amount of smoke that’s leaving the site,” Stilman said Thursday.

By Friday, the real work had begun.

“You can tell there’s been a lot of dirt already moved around,” Batemon said. “I don’t know exactly about the process, but the company that’s doing this has put out several of these landfill fires, and they they don’t seem to think there’ll be any problem.”

Stilman said that the EPA has contractors on retainer who are able to be deployed quickly in situations like this.

“EPA has national contracts with environmental companies on the technical side and on the cleanup side,” Stilman said. “These contracts are multi-year contracts. And we have that because in situations like this, going through the whole contract selection process for each individual site would take a great deal of time.

“But we have these national contracts, so when we determine that a site needs action, we already have the contracts in place.”

Batemon said he’s pleased with the EPA’s response so far, but not that it took so long to get the federal agency to the site.

“Once we got through the logjam of the red tape, EPA was in there within 48 hours,” Batemon said. “It’s just frustrating. You know, our governments are not very efficient on some of these things.”

WASHINGTON — A co-worker who saw a Montgomery airport employee nearly knocked over by exhaust from a jet tried to warn her to stay back, but m…

Former state representative Perry Hooper Jr. has filed a lawsuit against Montgomery’s police chief and the city of Montgomery, alleging he was set up for an arrest on a sexual abuse charge involving a Montgomery restaurant hostess last summer. The case was dismissed after the alleged victim decided not to press charges and asked for an apology from Hooper. Hooper issued an apology. But in a ...

BIRMINGHAM — Alabama Gov. Kay Ivey on Tuesday marked the opening of a new mental health crisis center in Birmingham, one of six such centers i…

Alabama lawmakers have pre-filed two bills dealing with parental rights and divisive concepts ahead of the upcoming legislative session. The pair of bills are some of the first filed. One law’s language is similar to a bill filed last year — but does not mention “critical race theory,” a term for an academic theory that has become a flashpoint nationally. Rep. Ed Oliver, R-Dadeville, has filed ...

Alabama gets approval to spend $192 million to expand broadband access

The cost of extinguishing a landfill fire that’s been burning since late November in Alabama’s St. Clair County is now at an estimated $2.8 mi…

Even though Alabama’s new law allowing people to carry concealed handguns without a permit did not take effect until January 1, a decline in p…

Contractors for the U.S. Environmental Protection Agency begin to dig out and extinguish the fire at a green waste landfill near Moody on Friday.

Contractors for the U.S. Environmental Protection Agency begin to dig out and extinguish the fire at a green waste landfill near Moody on Friday, Jan. 20.

Fire continues to burn at the Environmental Landfill, Inc. dumping ground in St. Clair County on Jan. 5. The fire was first reported on Nov. 25, 2022.