Boat captain Jennifer Dowker runs shipwreck tours all summer long, so she knows that there are all sorts of secrets hidden under the surface of Michigan's waterways, but she was still shocked to find a message in a bottle written in 1926.

Dowker is the owner of Nautical North Family Adventures and was scuba diving in the Cheboygan River on Friday to clean the windows on the bottom of her glass-bottomed boat, the Yankee Sunshine, when she made the discovery.

She has a small collection of bottles and other odds and ends she's collected while diving, so the old-fashioned green bottle caught her eye. It was sitting on the bottom of the river about 10 feet underwater, she told CNN.

"At first I thought it was just a cool bottle and then when I picked it up, when I was still under the water, I could read the word 'this' in the paper," Dowker said. "It was kind of like 'Holy Smokes! We've got a message in a bottle here. Cool!'"

When she got back to the surface, Dowker showed the bottle to her first mate and a potential diving client, who had been watching her from inside the boat.

She said the bottle was about 2/3 filled with water and still had part of a cork inside, but its seal had deteriorated over the years.

She was able to fish out the note with a small tool and gently unrolled it to read the message.

The note was dated November 1926 and read:

"Will the person who finds this bottle return this paper to George Morrow Cheboygan, Michigan and tell where it was found?"

Her first mate, Rob Hemmer, works at a local museum and his co-workers said to put the letter in the freezer to dry out, Dowker said.

Dowker said Cheboygan is a small town and she knew a few Morrows lived in the area, so she posted pictures on her company's Facebook page and hoped that a handful of people would see it.

"I figured we'd track it down pretty quickly and that'd be the end of it," she said. "So I kind of forgot about it because it was already late that night ... and went to bed."

When she woke up Saturday morning, her post had gone viral -- it has now been shared more than 100,000 times and has more than 6,000 comments from people offering tips, or who just wanted to know more about the story.

"What was going through my mind was where am I even going to find the time to do the research to find the person," Dowker said. "I'm a single mom running a small business with three teenage boys."

She needn't have worried because on Father's Day she heard from George Morrow's daughter, Michele Primeau.

Primeau told CNN that she's not on Facebook, but she got a call out of nowhere from a complete stranger, who had seen Dowker's post and decided to track her down.

"I don't do Facebook, and I'm just flabbergasted at how this has grown," Primeau said.

She recognized her dad's handwriting when she saw a picture of the note, even though it was written about 20 years before she was born.

Primeau said her dad's birthday was in November and would have been 17 or 18 when he wrote the note and braced the cold of Northern Michigan to throw the bottle in the river.

"I can just see him going out and doing that because it was his birthday," Primeau said. "I don't know for sure. But it just sounds like something he would have done."

She said her dad was always sentimental and she remembered her leaving a note in their wall while remodeling their basement and throwing another message in a bottle into Lake Huron on a family camping trip.

Her dad died in 1995 and Primeau said the discovery has brought back a lot of good memories.

"So he's been gone a long time, but it was kind of cool because all this happened on Father's Day weekend," she said.

Dowker wanted to return the message and the bottle, but Primeau decided she should keep it.

"I thought the right thing to do would be to give it to her," Primeau said. "She found it and that would keep my dad's name living on."

Dowker said that she's going to have them framed in a shadowbox and Primeau is going to send a photo of her father at that age for the display.

She's planning to put it up in the boat, or in the company's office and gift shop.

Primeau said she's planning to make the trip up to Cheboygan in September, to see it.

"I told her 'you have a lifetime pass on the Yankee Sunshine,'" Dowker said.

Watch Now: Phone apps that help you during natural disasters

Watch Now: Phone apps that help you during natural disasters

John Hinckley to be released from oversight

John Hinckley to be released from oversight

"Will the person who finds this bottle return this paper to George Morrow Cheboygan, Michigan and tell where it was found?" 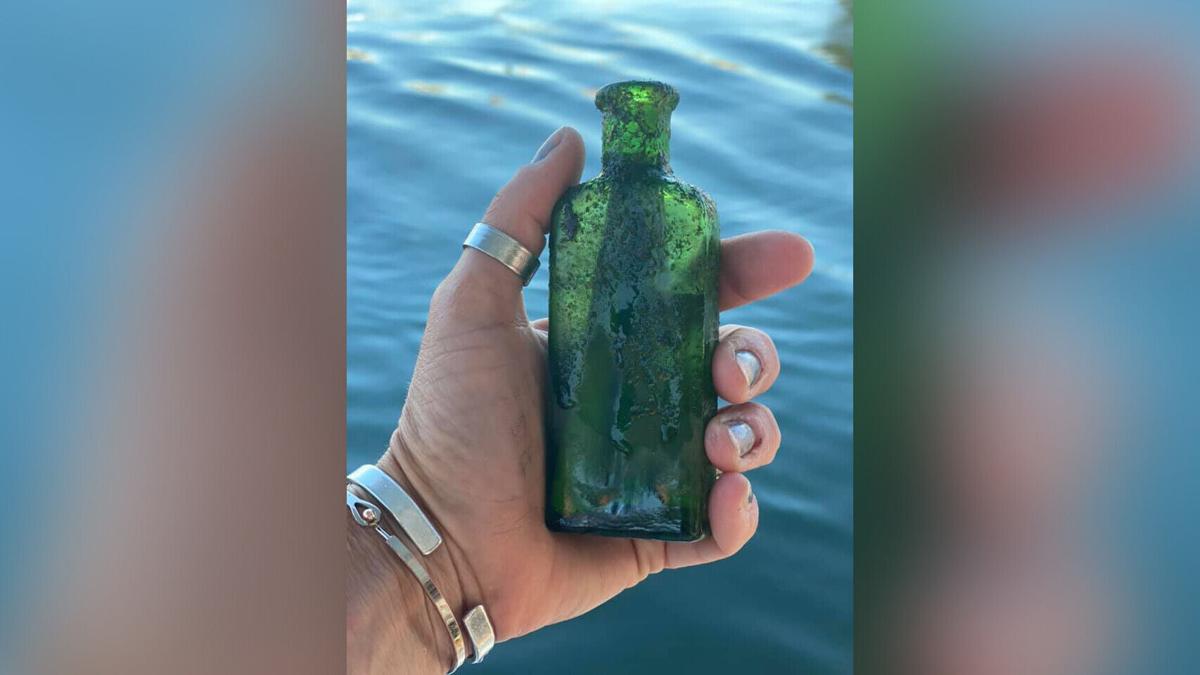 The bottle still had part of its cork inside and was about two-thirds full of water. 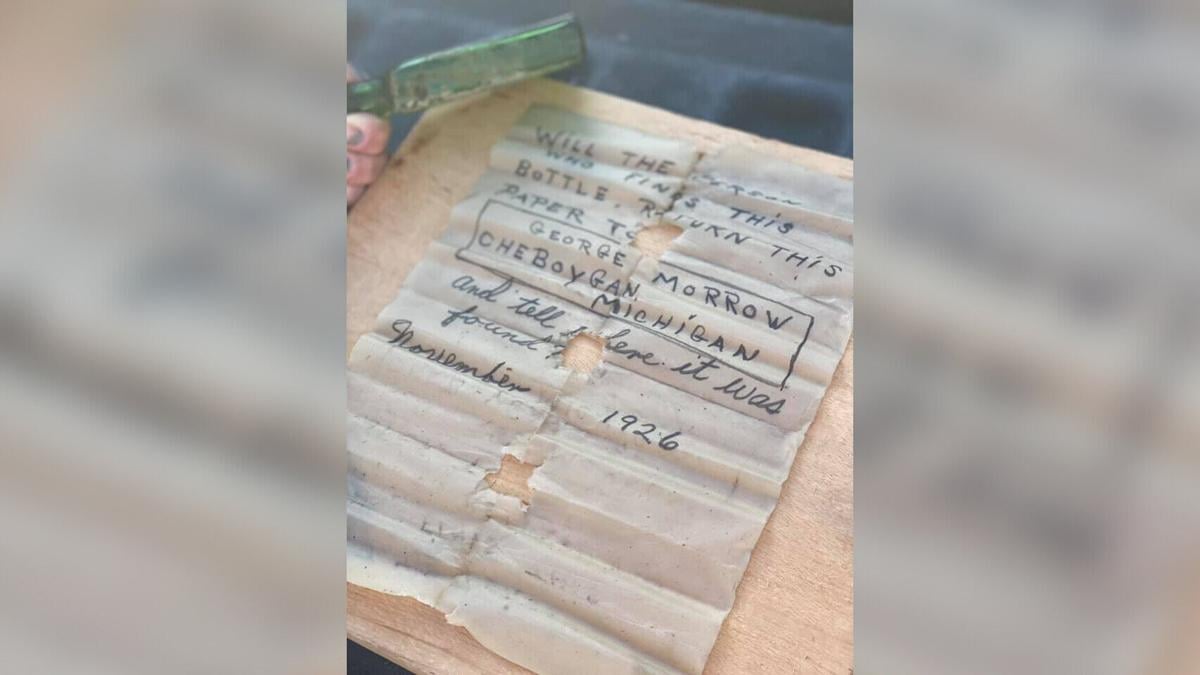 The message is well preserved after spending so long in the river.