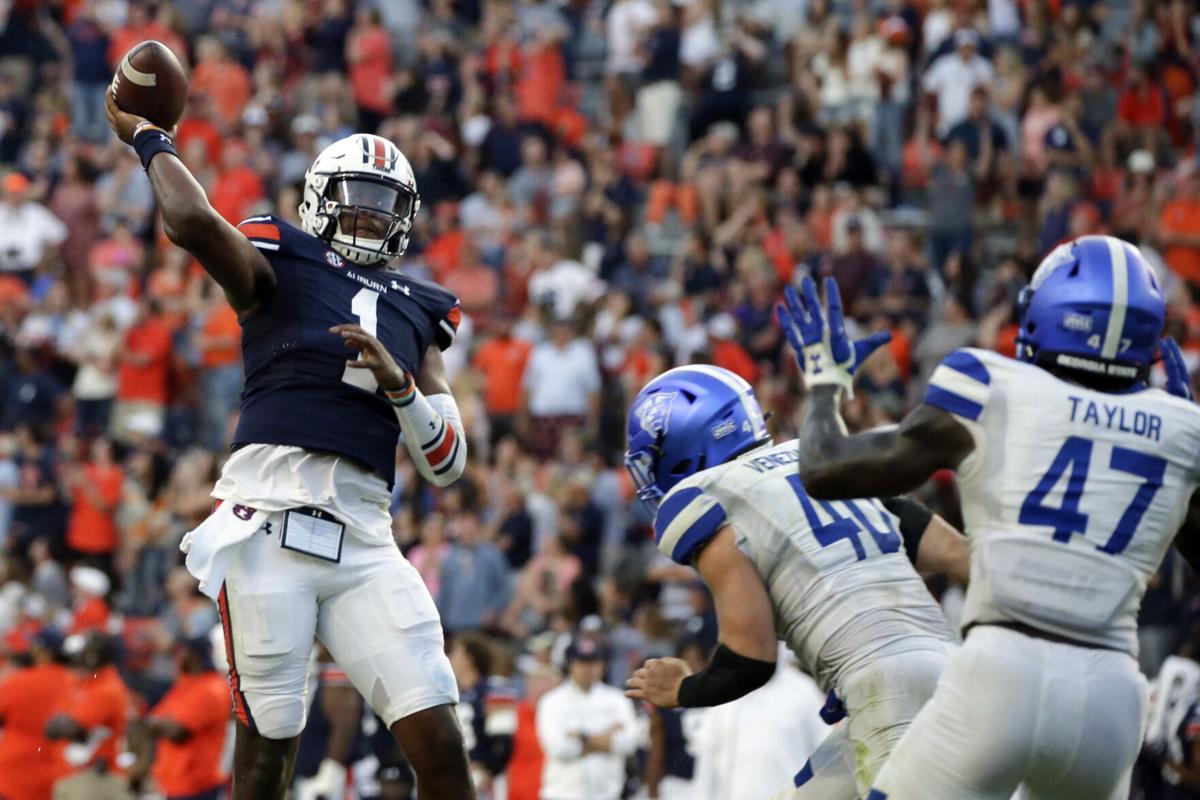 Auburn quarterback TJ Finley throws a pass for a touchdown to take the lead over Georgia State in the final minute Saturday. 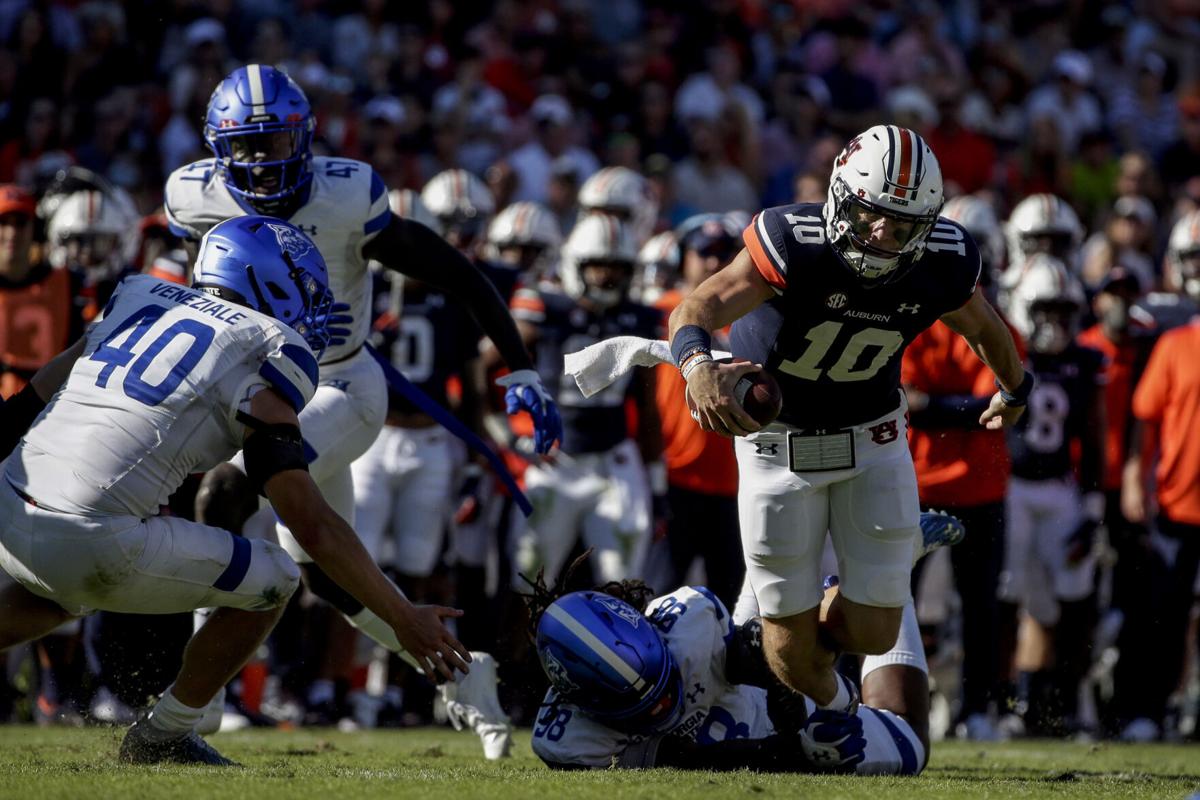 Auburn quarterback Bo Nix is tacked by Georgia State defensive end Javon Denis during the first half on Saturday.

Auburn head coach Bryan Harsin’s decision to insert TJ Finley on Saturday set the stage for the sophomore quarterback to lead the Tigers to a dramatic come-from-behind victory.

With the dust now settled following the Tigers’ 34-24 win, the question remains who will handle the QB duties going forward.

Harsin made it clear Saturday night that no decision has been made regarding whether Finley or incumbent starter Bo Nix will lead the Tigers next Saturday against LSU. While the first-year Tigers head coach acknowledged that storyline will be part of the narrative leading into next week’s game, he explained it’s far too soon to know who will have the upper hand.

“That’s what they’re going to hear from me, and that’s what I’ll tell you all as well. I know what you’re asking, but like I said, that position and every other position on this team is going to hear about what we have to do to get better and how to go 1-0 on Sunday, and what that’s going to look like.

“We won’t skip and we won’t miss anything. We’ll make sure we got things covered so that we’re ready for Monday. Then we’ll focus on Monday when it’s time.”

Nix struggled in his fourth game of 2021, and through three quarters the junior was 13-of-27 passing for 156 yards as part of an Auburn offense that had yet to score any points. Finley relieved Nix for the game’s final four drives and was 9-of-16 for 97 yards and one touchdown – the score coming on a fourth-and-9 touchdown pass to Shedrick Jackson which gave the Tigers the lead back late.

Harsin explained his decision to pull Nix after the fact, saying the Auburn offense had been unable to do anything and had already exhausted their other options at running back and wide receiver. He said he wanted to try and create some momentum by inserting Finley, and although it wasn’t a spotless showing from the LSU transfer, it proved to be just enough to spark a must-have 98-yard scoring drive for the Tigers.

While Harsin acknowledged Finley wasn’t perfect, he credited the sophomore for doing what it took to help the Tigers eke out a victory.

“He was there on the last drive and he found a way to win. He made the throw, we made the catch, and that was big for our football team to be able to do that. So I'm proud of him,” Harsin said.

Harsin acknowledged Nix was likely upset about being pulled from Saturday’s game, though Harsin added any competitor would be in that situation. Still, Harsin said Nix supported his teammates in the aftermath, which the Tigers head coach pointed to as an example of Nix controlling what he could control.

Harsin’s gamble to remove Nix from Saturday’s game in favor of Finley set the stage for Auburn to pull off an improbable comeback. With everyone’s attentions now shifting to LSU, Harsin made it clear he’s in no rush to decide who’ll handle quarterback duties in Death Valley.

“We're going to come back and work on Sunday with Bo and TJ and the guys on this team. We're going to get better,” Harsin said. “I expect from both those guys to come out there, work hard, do all the things that we've been doing, listen to [offensive coordinator Mike] Bobo and listen to the things that we did with the offensive group and make sure that we're getting better at that.”

Auburn looks to capitalize on running the ball against Arkansas

FAYETTEVILLE, Ark. — Following a crucial fourth-down stop by the defense, Auburn didn’t hesitate to try and land the knockout blow against Ark…

Auburn’s victory over Arkansas on Saturday could be perfect timing for the Tigers.

Auburn quarterback TJ Finley throws a pass for a touchdown to take the lead over Georgia State in the final minute Saturday.

Auburn quarterback Bo Nix is tacked by Georgia State defensive end Javon Denis during the first half on Saturday.