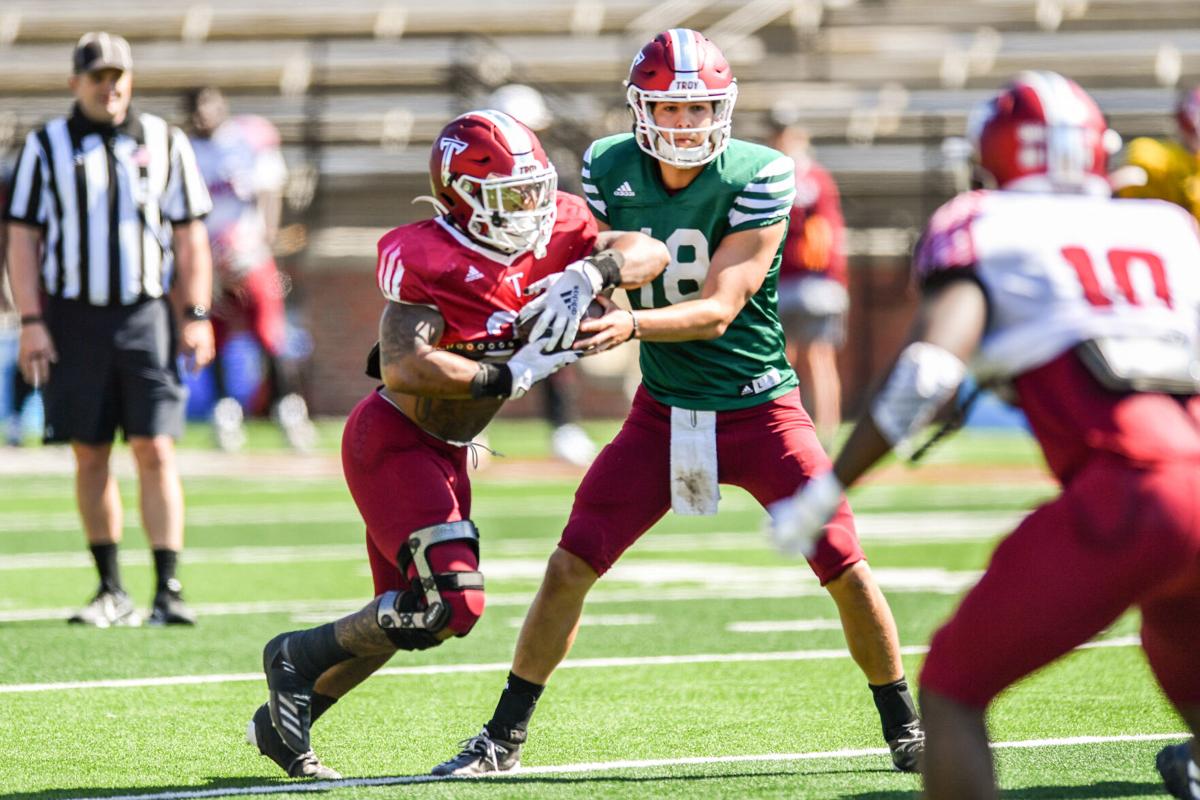 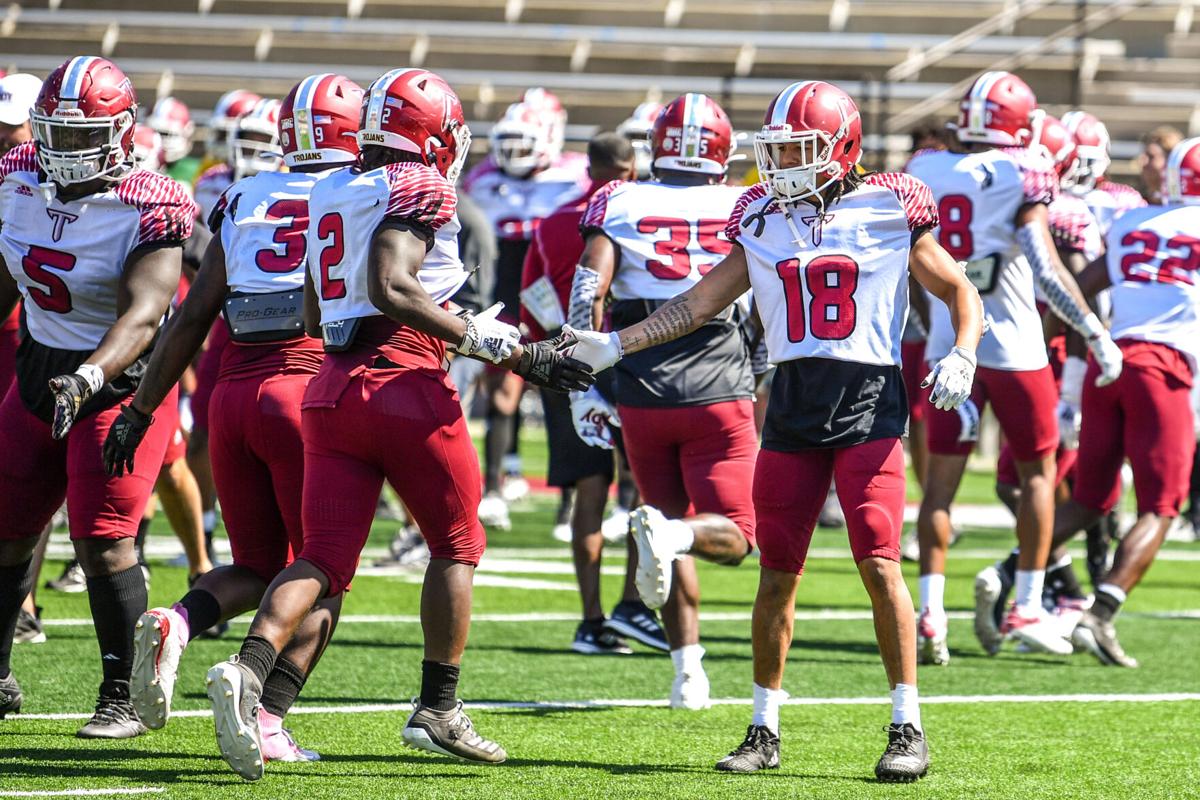 Troy will continue spring work with practice Thursday ahead of T-Day on Saturday.

Troy football coach Chip Lindsey said the T-Day game on Saturday won’t necessarily establish the pecking order for the quarterbacks going into fall practice, but that doesn’t negate the importance of the scrimmage.

“I would say the 14 practices we’ve had before are probably a little more important, to be honest with you,” Lindsey said on Wednesday. “At the same time, every time you go out there, you’re being evaluated, so I’m not going to sit here and tell you it doesn’t matter. But it will not make a case Saturday either way as far as a decision is made.”

Last year’s primary starter Gunnar Watson, his back-up last season, Jacob Free, and Missouri transfer Taylor Powell have been in a three-way battle for the QB slot this spring. Kyle Toole, a freshman this past season, was in the mix before injuring his throwing arm off the field during spring break.

Lindsey indicated there hasn’t been any true separation between the signal-callers thus far.

“They’ve all had their days,” Lindsey said. “With Kyle (Toole) being out right now, Jacob and Gunnar and Taylor have gotten all the reps pretty evenly. I think there have been some days when they’ve been better than others, but I would say very little separation so far.

“I think the spring game, obviously, is a piece of the evaluation. If a guy goes out at quarterback and is like 30 out of 30, it doesn’t necessarily mean he’s going to be the starter because you have to factor in who’s on the other side. You know, we’re not letting them (defense) touch the quarterback.

“Saturday will be more like when we split our team. In other words, you take your No. 1 left tackle and he’s with the No. 2 right tackle. You’re not going to have a semblance of the same group together when you split a team like that.

“But at the same time, we want to do that so we can get a game-type situation – not just scripted, not just situational, but like a real game.”

While a starting nod to a quarterback isn’t expected following Saturday’s work, Lindsey knows there are players on both sides of the football who could certainly open some eyes that currently may be under the radar a bit.

“Everywhere I’ve ever been it seems like you’ve had a guy kind of nowhere so to speak that gets a lot of carries, or catches a lot of balls, whatever – I think that’s just the nature of spring practice,” Lindsey said.

It also gives walk-on players a chance to impress and take part in a game-type situation in front of fans.

“I think that’s the biggest reason you want to do it as a head coach is to give these kids an opportunity to get out in the stadium and play in a game situation in a uniform here at Troy,” Lindsey said.

“They walked on this football team, a lot of them, or they’re young players, and their goals obviously are to play in a college football game. If we can make that as real as we can on Saturday, then that would be great for a lot of those guys.”

The Trojans will practice on Thursday for a final time before T-Day, which is scheduled to kickoff at 1 p.m. in Veterans Memorial Stadium.

“It will be kind of a base down day where we’re really trying to hone in on the things we’re trying to hang our hat on and really finish this thing off on the right manner before we get to T-Day,” Lindsey said.

With the majority of starters returning on both sides of the football for Troy, there haven’t been as many holes to fill as is usually the cas…

TROY – The defense won the day in Troy’s second scrimmage of the spring on Saturday, getting the better of an offense that dominated a week earlier.

TROY – With the first scrimmage in the rearview mirror, the Troy football team went through a spirited practice session on Tuesday morning in …

Troy head football coach Chip Lindsey has announced the hiring of David Duggan, who spent the past two seasons as the defensive coordinator at…

TROY – Four former athletes – one each in men’s basketball, baseball, golf and track/field — have been selected for induction into the Troy Un…

Troy will continue spring work with practice Thursday ahead of T-Day on Saturday.