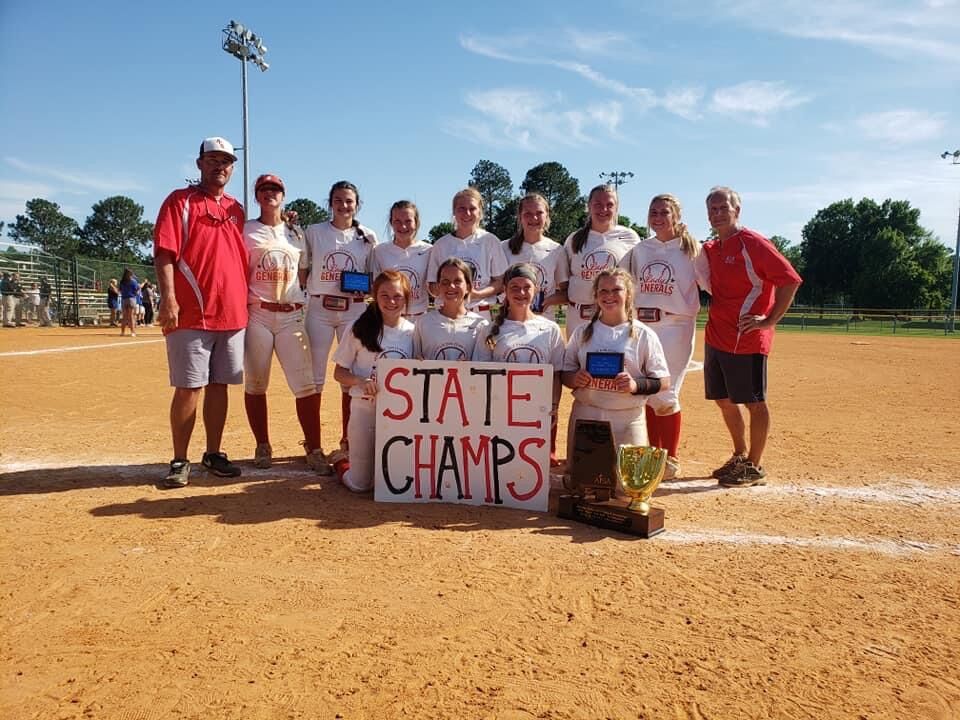 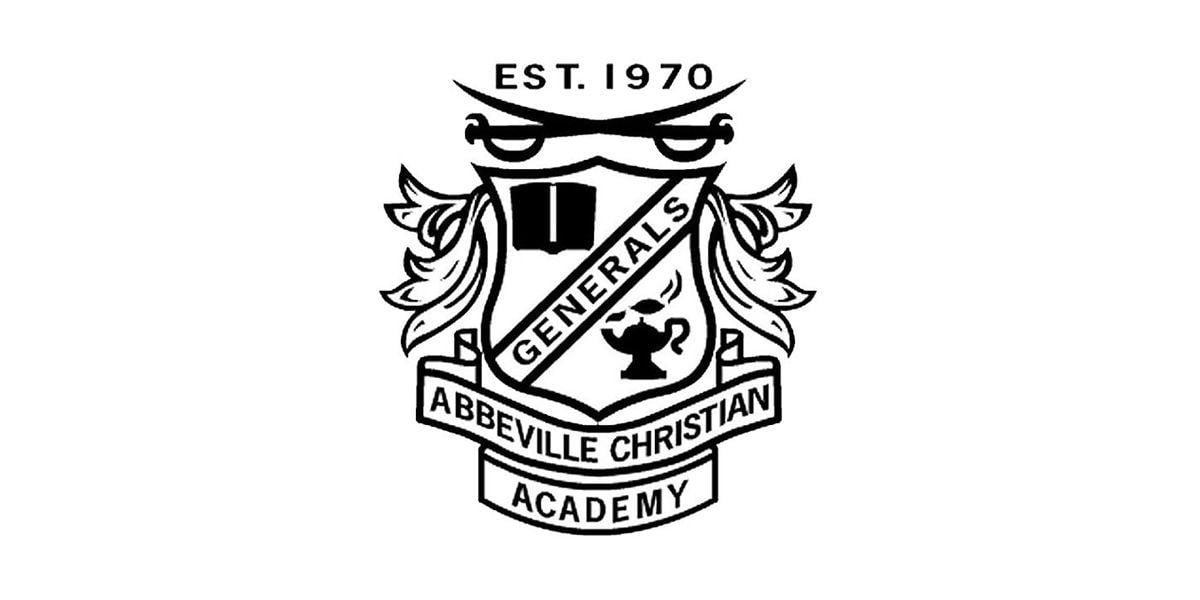 The Generals earned the AISA Class A state title at Montgomery’s Lagoon Park, beating Crenshaw Christian in the finals 9-4.

It is the first state title in fast-pitch softball for Abbeville Christian and the first in softball overall since the 1988 team won a title in slow-pitch.

In winning the latest title, it also completed a triple crown for ACA girls programs, matching state titles in volleyball in the fall and girls basketball in the winter.

The Generals went undefeated at the state tournament, winning all four games, but had to come from behind in the championship game against Crenshaw, a team ACA beat 11-0 in the semifinals.

The Cougars took a 4-2 lead in the top of the third, scoring four runs to overcome an early 2-0 Generals advantage.

Abbeville Christian, though, answered that with a four-spot in the bottom of the fourth to wrestle the advantage away at 6-4. The Generals added three more in the sixth to secure the 9-4 win.

Anna Grace Blalock opened the pivotal fourth inning with a single. After a strikeout, Blalock stole second and third and Kate Griffin walked to put runners at the corners.

Brianna Jones then laid down a bunt which turned into an error with Blalock scoring and Griffin advancing to third and Jones to second.

Lead-off hitter Emmaline Hartzog then singled to right, driving in both Griffin and Jones to put ACA up 5-4. A Hope Kennedy sac fly scored Hartzog, who took second and third on the throw home after her single.

In the sixth, the Generals added three insurance runs. Hartzog reached on an error to open the inning before a ground out and fly out. Hannah Kennedy singled in Hartzog. After Paige Welch walked, Blalock slapped a two-run double to right field to make it 9-4.

ACA scored its first two runs in the first off a run-scoring singles by Caroline Armstrong and Hannah Kennedy.

The Generals earned 11 hits in the championship win with five players earning two each. The five were Hartzog, the two Kennedys, Welch and Blalock. Hartzog, Hannah Kennedy and Blalock drove in two runs each.

Earlier in the day, Abbeville Christian rolled to an 11-0 semifinal win over Crenshaw.

Causey and Hartzog combined on a two-hit shutout and 10 strikeouts. Causey started and went 3 2/3 innings, allowing both hits, while striking out seven. Hartzog pitched the last 1 1/3 and struck out three, while not allowing a hit. Neither pitcher allowed a walk.

Offensively, the Generals took charge early, scoring three in the first and four in the second. They added a single run in the third and three more in the fifth.

Armstrong had two hits, including a solo homer, and drove in two overall. Jones had two hits. Hannah Kennedy had a two-run single, Blalock a RBI triple and Hope Kennedy and Griffin both added a run-scoring single.

On Friday, ACA took a 14-2 win over North River Christian and a 2-1 win over Coosa Valley Academy. Causey pitched a seven-inning no-hitter with nine strikeouts and two walks in the win over CVA. Hope Kennedy had a single and RBI, Welch a triple and Hartzog a double to highlight the offense.

Abbeville Christian finished the season with a 20-13 record.

Both the Eufaula girls and boys teams won opening-round games on Monday at the Spartan Turkey Jam Tournament in Mountain Brook.

Turkey Classic set at Dothan Civic for Monday and Tuesday

All 10 players for Abbeville scored during an 81-42 win over Barbour County on Friday night in high school basketball action.