Providence Christian School’s Carter Phares tees off on the first hole Marshwood Course during the Class 4A Sub-State match at Highland Oaks on Monday. 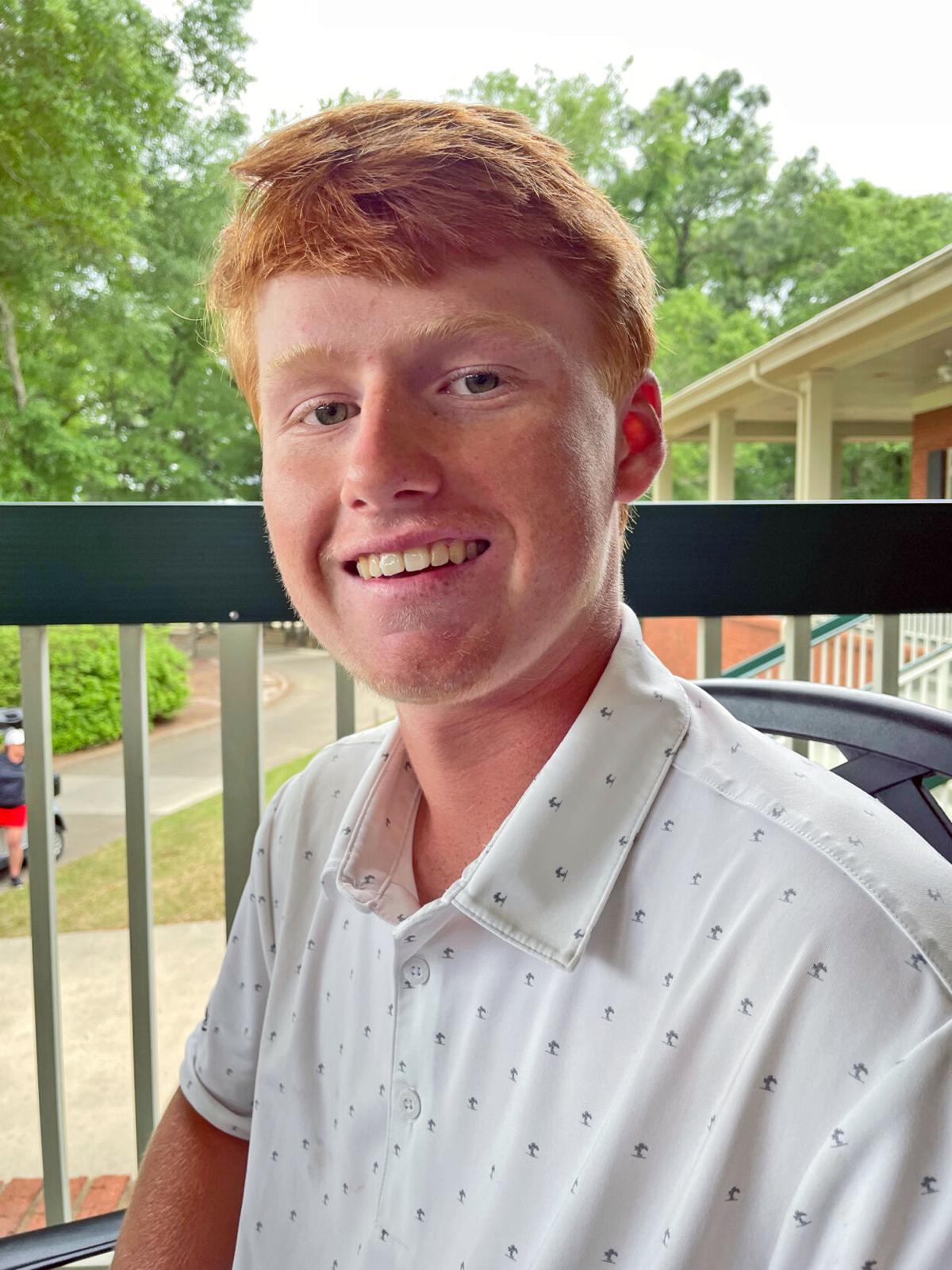 Providence Christian came up short of qualifying for next week’s state golf tournament, but coach Emory Latta believes the future is bright for the team after finishing fourth in Class 4A sub-state competition Monday.

Haleyville won the six-team tournament at Highland Oaks with a team total of 320 led by the efforts of Hudson Lawson, who shot a 4-over-par 76. Fayette County came in second at 357 and St. Michael was next at 369. Providence Christian came in at 371, followed by Oak Grove at 373 and Alabama Christian at 389.

The top two teams advance from sub-state to the state tournament next week in Mobile.

Providence, which was playing on its home course after winning the sectional tournament last week at the Dothan Country Club, loses only one senior – Tate Thornell – off this year’s team. Three of the team’s players were in their first season of competitive golf.

“I am glad these guys got a taste of what it’s like and what kind of score it’s going to take, and maybe then they’ll continue to work in the offseason and the summer, because that’s what it takes,” Latta said.

Bo Thornell, a junior who has been playing competitive golf since the seventh grade, led the Eagles on Monday with an 82, which was good for fifth individually. Tate Thornell came in at 92, Carter Phares at 98 and Camden McCallister at 99 to account for the four scores that counted towards the team total. Braxton Canady shot a 106.

“On the front I was struggling,” Bo Thornell said. “The wind was getting to me and I had a few big holes, but finished with two pars on the front.

“On the back, I got dialed in and had two birdies on the first three holes. I kept it pretty consistent until the end when the wind starting kicking up again and I had a few bogeys coming in. But overall, pretty solid I think.”

Thornell had an eagle possibility on No. 2 of the Marshwood course, a par 5, but settled for an easy birdie.

The last three holes were troublesome for him.

“My last three holes, I bogeyed No. 7 when I hit in the fairway bunker and just managed to escape with a bogey,” Thornell said. “The par 3, second to the last one, was playing about three clubs with the wind – just couldn’t get there. I got up and two-putted.

“The last one, I was in the woods and punched out and got up and two-putted. They weren’t bad bogeys, just bogeys.”

Still, Thornell was pleased overall with the 82, which was his best score of the season at Highland Oaks.

“I’m satisfied with it considering all the conditions,” Thornell said. “It was playing tough today. If you’re not really accurate off the tee, it gets hard.

“The greens are pretty hard to read. Keeping it in the fairway is the biggest thing out here, in my opinion.”

Like Latta, Thornell is encouraged with how the more inexperienced players progressed throughout the season.

“We’ve come a long way,” Thornell said. “We have three or so that just started playing last year. Our scores compared to the beginning of the year until now have dropped like crazy. They’ve shown a lot of progress.”

Colton Yarborough of Geneva, competing as an individual, shot a 95.

Andrew Miles of Bibb County, also playing as an individual, at the low score of the day at 2-over-par 74.

The last time the Kinston Bulldog baseball team reached the state quarterfinals, none of its current players were born yet.

Dothan sweeps doubleheader in Class 7A playoffs against Fairhope

There is nothing like having good pitching for a baseball team, especially in the postseason.

The football sits on a bookcase in the Westgate Softball Complex office of Rhonda Kirk, serving as a visual reminder of the last time she offi…

Not long after Rudy Free had arrived as the new football coach at Kinston two years ago, Addison Hudson approached him in the weight room.

Prep Baseball: Cottonwood routs Luverne to advance to third round

Providence Christian School’s Carter Phares tees off on the first hole Marshwood Course during the Class 4A Sub-State match at Highland Oaks on Monday.