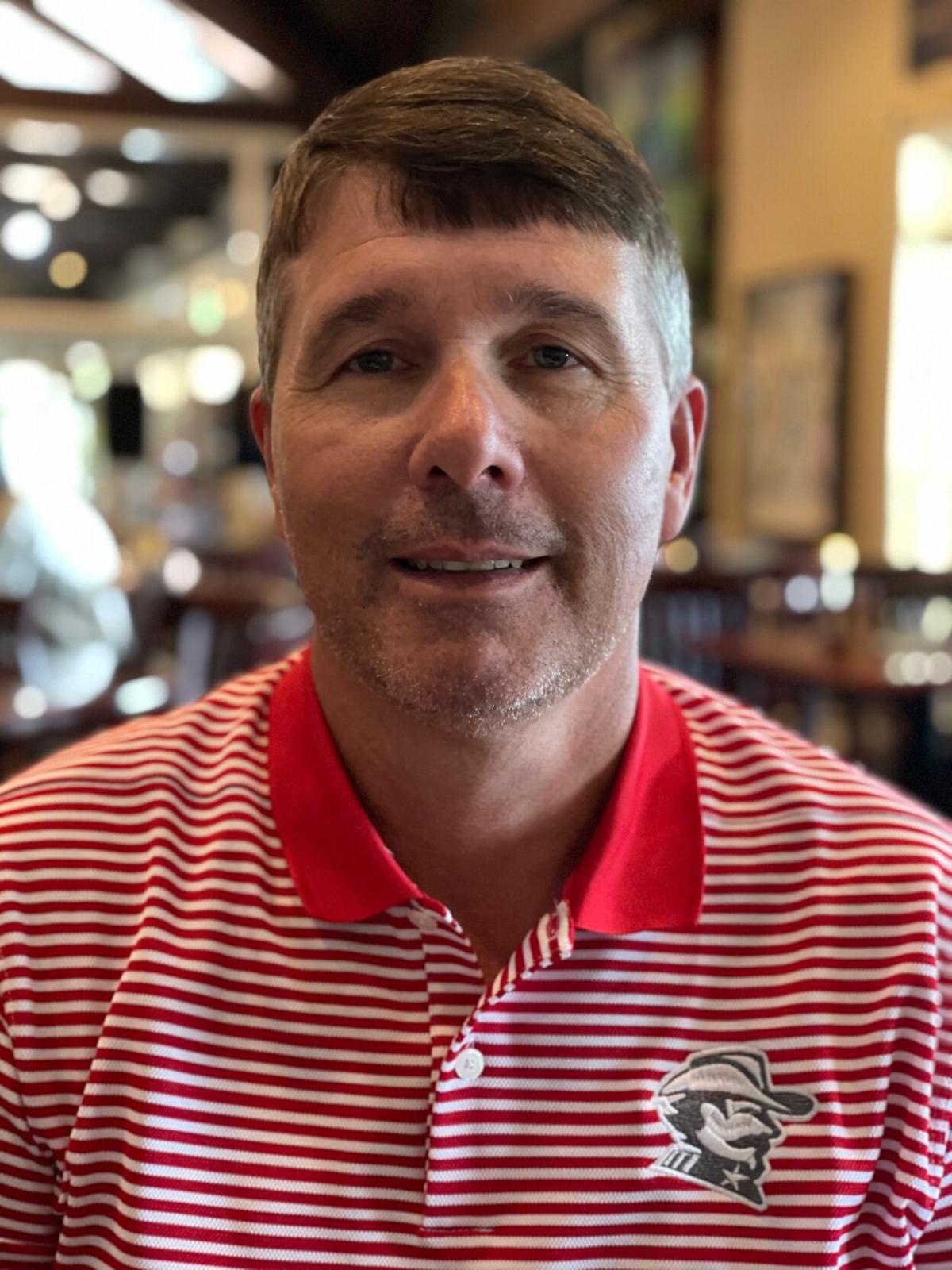 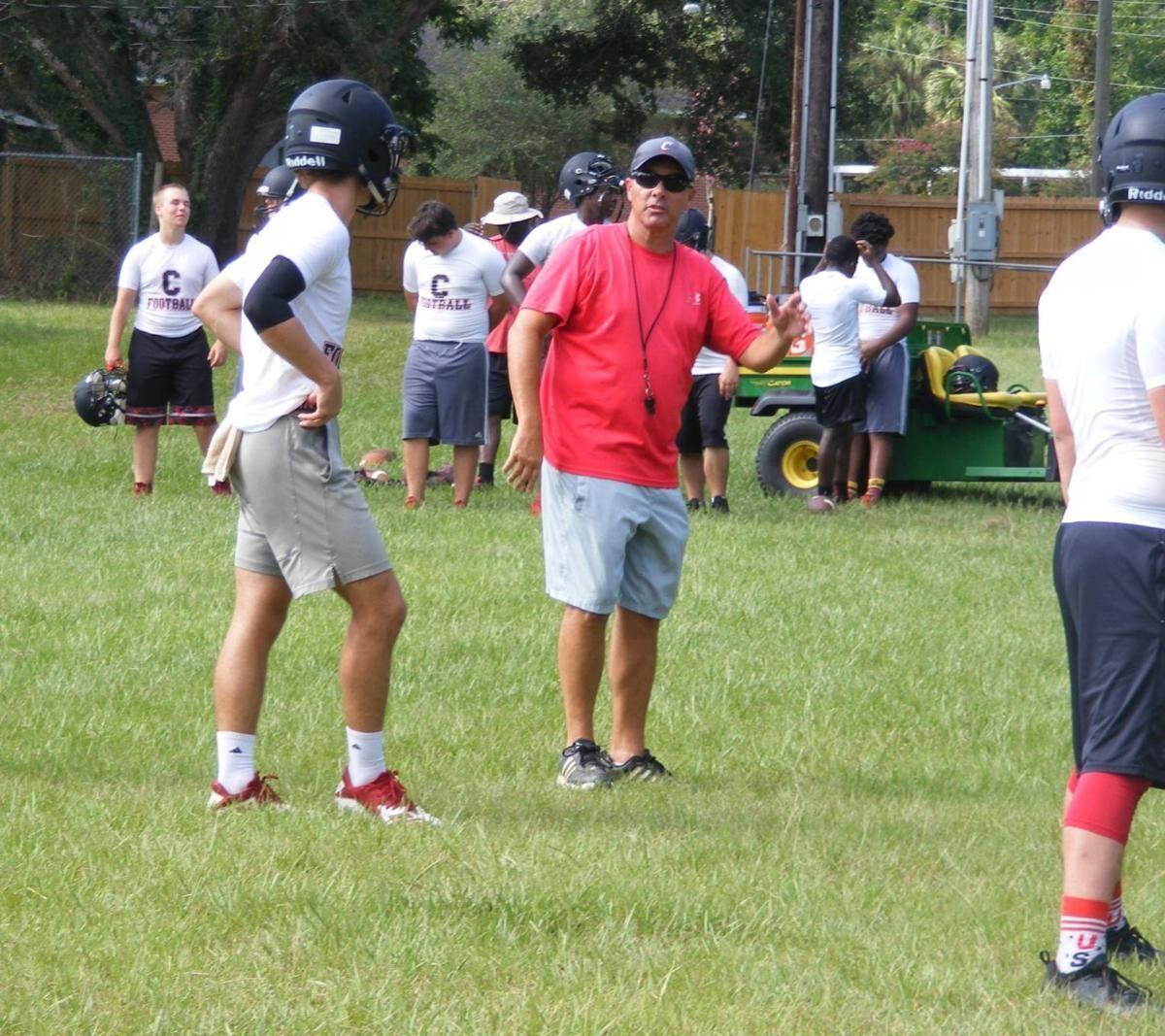 John Gilmore may be retired from the state’s public schools system, but he isn’t ready to hang up the whistle.

As the new head football coach at Abbeville Christian Academy, an Alabama Independent Schools Association member, Gilmore hopes to build on what’s been a mainly rich football tradition for the Generals.

“The job came open and I’m from Eufaula, and Abbeville Christian has always been a program that I said if I ever went into private schools it’s a place I would like to coach at,” Gilmore said.

With 25 years of coaching experience, which included guiding the Cottonwood program from 2016-2019 before spending last season as offensive coordinator at Class 7A Smiths Station, Gilmore is eager to take Abbeville Christian to even greater heights.

“I just believe they’ve put a new dedication into the football program in trying to get it to the next level,” Gilmore said. “We’ve averaged 23 to 25 at workouts so far during the summer and I’ve been really impressed with that. We just got a brand new weight room—$12,000 spent on new equipment, painted – it’s really nice.”

The Generals won back-to-back state championships under Ashley Carlisle in 2014 and 2015, thus the program has been on top before.

Abbeville Christian made it to the Class A championship game last season before losing to Crenshaw Christian, but Carlisle resigned from the school in February.

“The program is built,” Gilmore said. “It’s not something you’ve got to build from the ground up, but I wanted to come in and see what we could do to take it to the next level.

“I really don’t know what it is until I get in it and get my feet wet a little bit, and I’m starting to do that now and see what we need to do to make things better.”

In four seasons as head coach of the Bears, Gilmore compiled a 13-27 record.

He was hired at ACA in late April while the Generals were participating in baseball, thus the team didn’t go through spring practices.

“I had to finish out my contract at Smiths Station,” Gilmore said. “I told them when they hired me I couldn’t be there until I finished out my contract with them and they understood.

“June 1 was my starting date, even though one day a week I would take off and go down and do some work at Abbeville Christian.”

He’s spent the summer getting to know the players and has been encouraged.

“The kids are working their butts off for me and I’ve been real impressed with that,” Gilmore said. “Now we have a lot of things to fill and we aren’t there yet.”

The Generals lost 14 seniors off last year’s team – many of them starters – thus Gilmore is trying to piece together the starting lineup.

Justin Murphy started last season at quarterback before tearing an ACL in the opener and was out for the rest of the year. Gilmore is counting on him as the signal-caller.

There are also a few returning starters on both sides of the football.

“Brandon Early was the starting running back last year, so he’s back,” Gilmore said. “Conner Jones played line for them last year and started a good bit offensively and defensively.

“Hunter Reynolds was an eighth grader and was a middle linebacker last year. He’s a hard-worker, a good kid.

“Dillon Mims played some wideout for them. Then you’ve got Javion Turner played a lot at tight end when they had a tight end. And he played at defensive end.

“His brother, Javarse is just a 10th grader is 6-4, 320 pounds. Auburn really liked him at their camps, but he’s just a puppy – he’s young. But he will probably be one of the biggest linemen I’ve ever coached in 25 years of any situation.”

There are only four seniors on the roster: Jones, Early, Mims and Jake Hamilton, a newcomer who will get looks across the offensive and defensive front.

“He was there last year but didn’t play,” Gilmore said. “He’s really strong.”

Gilmore said just getting to know the players was a priority at first before the work really began on the field.

“Coach Carlisle had been there for a long time,” Gilmore said. “The biggest thing we talked about the first day is change – sometimes people don’t want it, but it could be good.

“Really I just tried to let them know me and me get to know them and try to form relationships. That’s basically what I did until we started our summer workout program on June 7.”

GENERALS AT A GLANCE

Did Mike McCarthy buy himself some time?

Did Mike McCarthy buy himself some time?

TROY – Jeremiah Hutchins rushed for 142 yards and a touchdown and Tycavion Stovall rushed for two scores to lead Early County (Ga.) to a 31-9 …