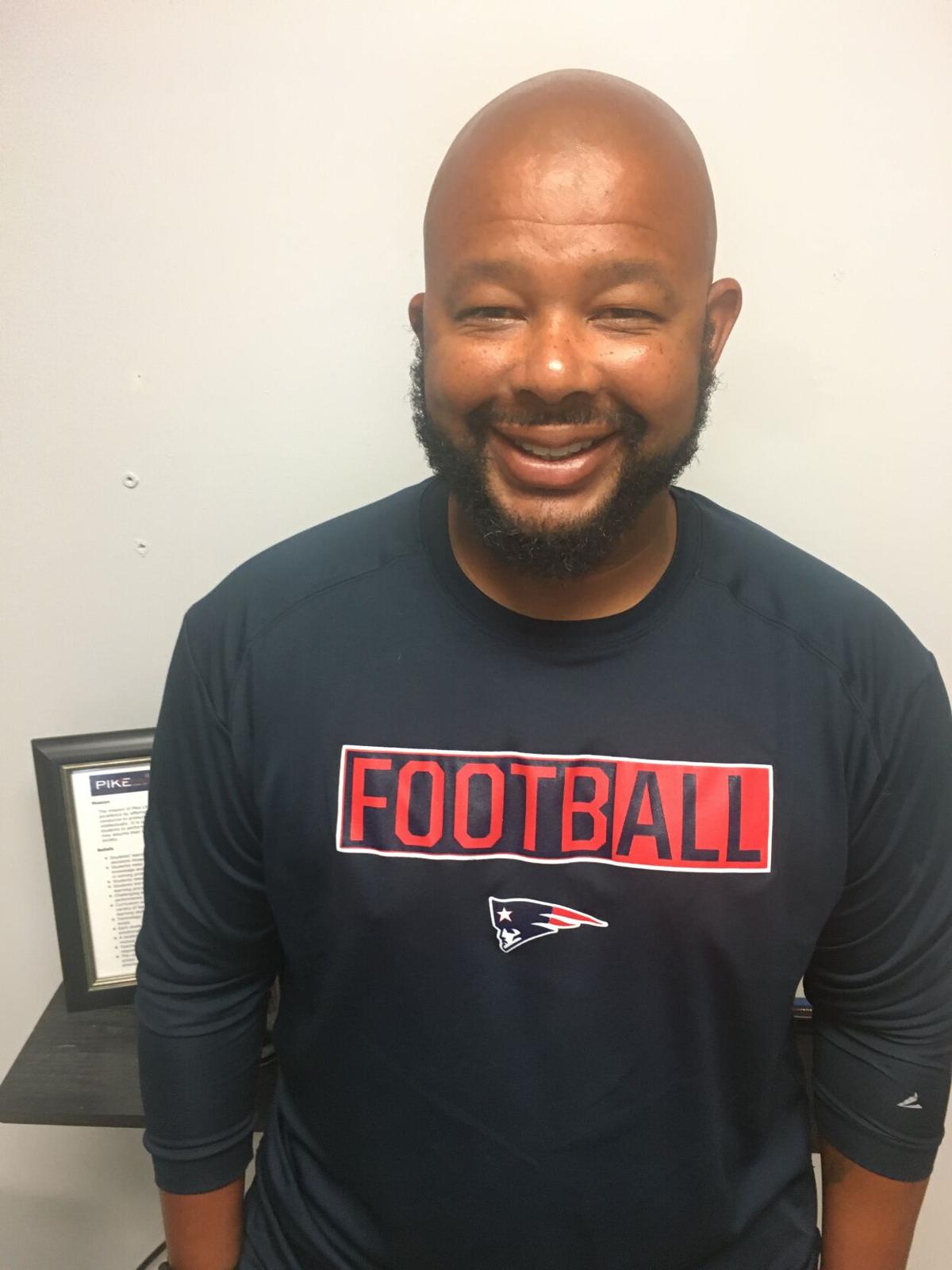 Mario White’s first meeting with the Pike Liberal Arts Patriots drew 19 players shortly after he was hired in late February.

“It was tough. There were nights I wondered if I did the right thing coming here,” White said. “But my faith brought me down here and I knew God would lead me where I needed to go in teaching these boys our system.”

“We had to buy uniforms and helmets,” White said with a smile.

Some of those will be extra large. While Pike returns just three starters from last year’s 3-8 campaign, a number of new faces and transfers make this a potentially big year rather than a rebuilding project.

White said Levi Sikes (wide receiver and outside linebacker), Jackson Senn (safety and running back) and Kase Chirico (receiver and defensive back) are the only returning starters and only Senn and Chirico played the entire season.

Couple that with the COVID-19 pandemic, the loss of spring practice and the summer limitations on programs and you appreciate how far behind White felt when workouts finally did begin.

“Spring training for a new coach is everything. All the really good programs I’ve been with, people have taught me about football that when you get to a new school spring training is where the tone is set for your program,” said White, who came to Pike from Tuscaloosa Academy.

“When we didn’t have a spring, at first I was a little panicked. Through COVID, man, I prayed a lot about what I was going to do if the Good Lord ever opened it back up. Everything I’m doing right now is the answers I got. It hasn’t been smooth, but I’m blessed with some really amazing assistant coaches and a lot of boys who want to learn. It’s really worked out for us as a program.”

White’s son, Mayes White, is the senior quarterback who will lead the Patriots’ Air Raid offense. Mayes White is already a Florida State baseball signee. The athletic, 6-foot, 175-pound senior is hardly the only college prospect on the team.

There are other college prospects in younger classes. Junior middle linebacker Kameron Baker is 6-2, 228 and runs a 4.5 40, White said. Gavin Williams (5-11, 235) is another linebacker prospect.

“But the freakiest of them all is a 10th grader,” White said, referring to wide receiver and safety Mario Davenport II, the younger brother of former Charles Henderson basketball standout Maori Davenport. “He’s 15, he’s 6-3, 175, and he’s got a 45-inch vertical. He might set every record in the state in basketball and football.”

Sophomore Connor Jones (6-4, 260), a recent transfer, stepped in and won the starting job at center. Another sophomore, Davis Kilcrease – “we call him Crash,” White said – has been outstanding on special teams and will work his way into the rotation on defense.

White’s biggest surprise, however, is eighth grader Jackson Booth, who has worked his way into a starting job.

“I tried everything not to put him on the field and he did everything to make me put him on the field,” the coach said. “When he doesn’t have the ball, he still runs routes full speed. If he’s not a primary guy, he’s always in the right place and doing the right thing. He’s big, fast, got really good hands and doesn’t shy away from contact. Everything we’ve thrown at him he’s caught.”

“I can’t take credit for this,” White said. “I’ve been blessed with some great assistant coaches. Robert Rollan does a great job as defensive coordinator.”

“Coach Griffin may be a better coach than he was a player – and that’s saying a lot,” White said.

Pike is the smallest AISA Class AAA school, White said. There is a game on the schedule against his former squad Tuscaloosa Academy.

The Patriots’ first game on Aug. 21 against Freeport was canceled due to the pandemic. White said he hasn’t filled that opening, but he’s still looking.

From that first meeting with 19 players to preparing with 51 in uniform – and that doesn’t include non-varsity ninth-graders, things are looking up for Pike.

“I’ve been blessed beyond my wildest imagination,” White said. “It’s really been overwhelming.”

PATRIOTS AT A GLANCE

Dothan Wolves fall to Prattville on the road

PRATTVILLE – The Dothan Wolves are still in search for their first win of the season.

The high school football season in Alabama has hit the halfway point during its 11-week season journey of fighting through COVID-19 issues.

Northside Methodist and North Bay Haven (Fla.) went back and forth throughout Saturday’s game at Bozeman High in Panama City.

Class 5A No. 2 ranked Providence Christian won all six of its matches to win the 11th Annual Enterprise Invitational Saturday in Enterprise.