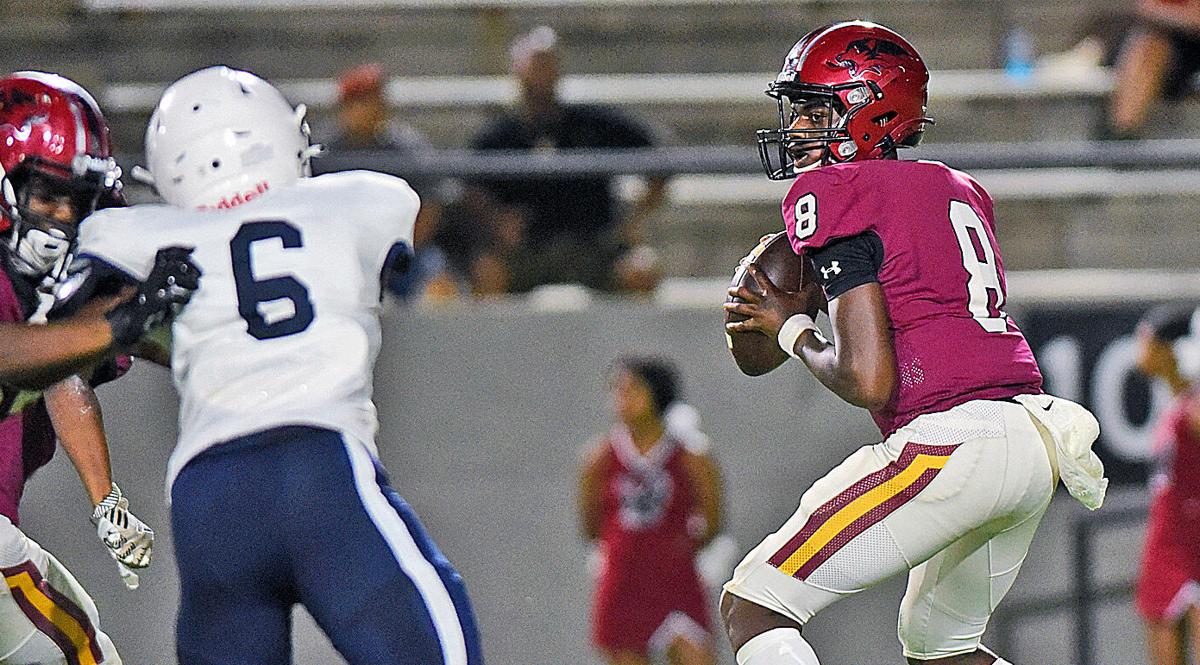 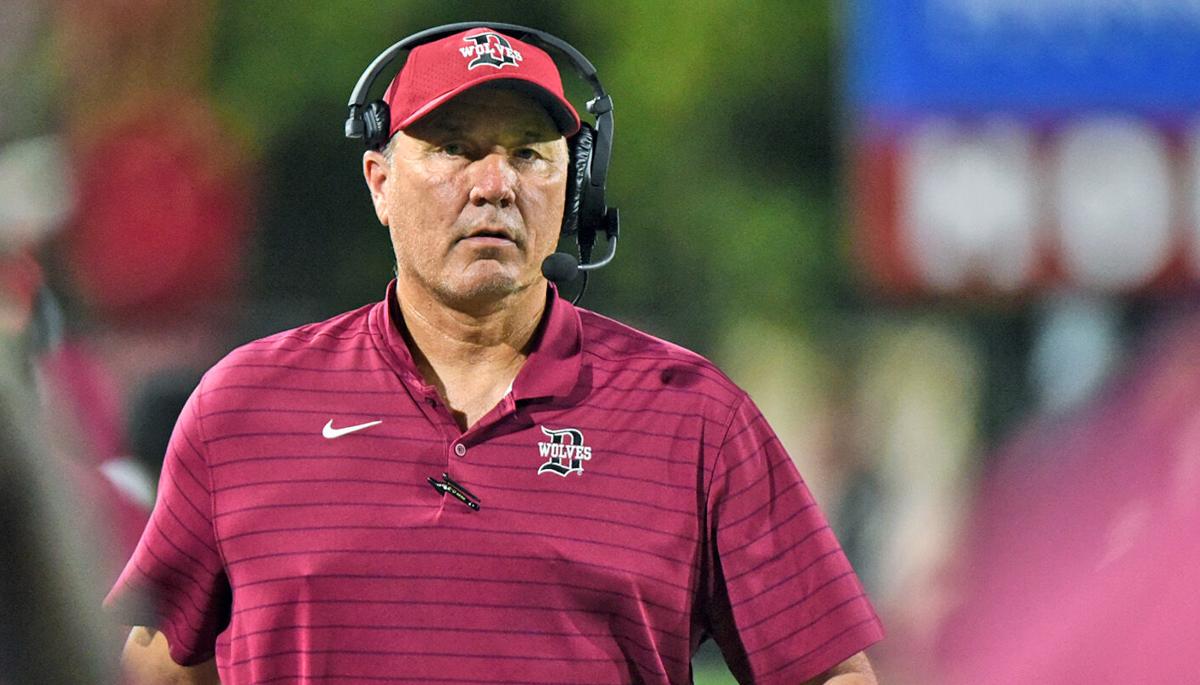 While they didn’t get too much work overall in Dothan’s game against Park Crossing, they did when it mattered most – at the end.

In a game of struggling offenses against speedy defenses, Dothan’s offense came to life at the right time, producing a clutch 13-play, 70-yard scoring drive late in the fourth quarter to earn a go-ahead score in a 14-7 win over the Thunderbirds.

Za Henry’s 8-yard touchdown run – his second score of the night — with 2:54 left was the go-ahead score for the Wolves. Octavious Thomas was the workhorse on most of the drive with eight carries for 55 yards, including runs of 12 and 21 yards.

With the win, Dothan, a third-year program after consolidation in 2019, won its season opener for the first time.

“I hadn’t even thought about that,” Dothan head coach Smitty Grider said. “It just feels great to win. They (the Thunderbirds) have a lot of good players over there.

“He (linebacker Lynn “Matthew” Pettway) is an outstanding player. He made almost every tackle. It’s always great to win. We have a lot to work on, but it is lot better to work on those after a win.”

While Dothan’s offense won it at the end, the Wolves defense were heroes most of the night.

The unit allowed only three first downs and 37 total yards. It forced eight punts and earned two turnovers, a fumble recovery and an interception by Quinton Norton.

The lone Park Crossing score in the game came on an interception return for a touchdown in the first quarter.

“We played as well defensively as we can play,” Grider said. “The defense pitched a shutout. I am really proud of that.”

The fourth quarter, though, was a different story.

Taking over with 7:04 left at their own 30, the Wolves began to pound the ball up the middle behind Thomas.

He ripped off a 12-yard run before a personal foul penalty on Dothan pushed the Wolves back to their own 29. On the next play, Dothan took a deep shot on a pass to the left side and the Thunderbirds interfered with the receiver, giving the Wolves a first down at the 44 on the penalty.

After an incomplete pass, Dothan ran Thomas on six straight plays behind the Wolves offensive line, which was getting a surge on the Thunderbirds defense. Thomas had runs of 21, 5, 2, 3, 3 and 5 before coming to the sidelines for a breather.

After a 1-yard run by Tamarion Peterson, the Wolves faced 4th-and-1. They turned to Blackmon, who ripped off a 13-yard run to the 8. One play later, Henry scored off the left side, crossing the end zone as he was tackled, setting off the LED lights for a Wolves’ celebration.

William McCarthy boomed the extra point to make it 14-7 with 2:54 left.

“I am really proud how we found a way at the end,” Grider said, noting the Wolves tried different offenses schemes throughout the night and finally found one that sealed off the back side of an aggressive Thunderbird defense.

“Things weren’t going good offensively, but we found a little something on that last drive and the kids got a little confidence in it and we were able to punch it in.”

Park Crossing (0-2) set up its final series at its own 31, but after a motion penalty and two plays netted no yards, the Thunderbirds tried to throw deep down the left sideline, but Norton was there to intercept it and virtually seal up the Wolves’ win.

Defenses ruled the first half, forcing three-and-outs on the first four series before the Thunderbirds’ Pettway stepped in front of a Dothan pass and returned it 16 yards for a touchdown with 3:10 left in the first quarter. The point after kick was good, making it 7-0 Park Crossing.

The defenses forced three more three-and-outs before Park Crossing earned the game’s first first down with 9:23 to go in the second quarter on a 19-yard run by Andre Stodard. The Wolves, though, held on three plays, forcing another punt.

Dothan got its first two first downs on the ensuing series – both on penalties, a roughing the passer and an interference call.

Field position tilted Dothan’s way because of the first downs and an Adam Watford punt pinned Park Crossing inside the 20.

A bad snap on third down lost yardage for Park Crossing and the Thunderbirds had to punt from the 11, but it was only a 20 yarder to the 31.

One play later, Dothan’s Henry went up the middle, broke a tackle and raced up to the end zone for a 31-yard TD run. McCarthy booted the extra point to make it 7-7.

It stayed that way until Dothan’s game-winning fourth quarter drive.

The Wolves now turn their attention to rival Enterprise (2-0) next week at Wildcat Stadium.

“That is our biggest rival,” Grider said. “We have a lot of work to do on us. That is a challenging week of preparation because of what they do offensively.

“Coach (Rick) Darlington does a great job and he can run about three or four different offenses. We have to be prepared for a lot. That game is going to come down to our offense being about to move the football. We have to play better offensively than we did (Friday night).”

As the postseason interview ended, Grider allowed himself to enjoy the new LED lights that were flickering on and off.

“Those are awesome,” Grider said. “Wait until the next home game. We will have music to go with it and it will be more awesome.”