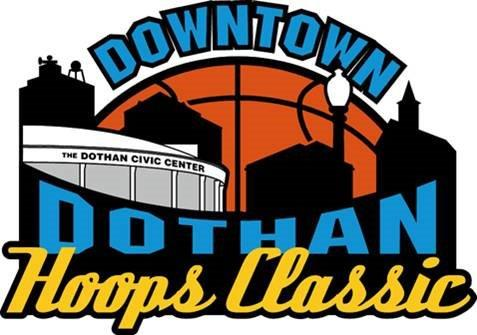 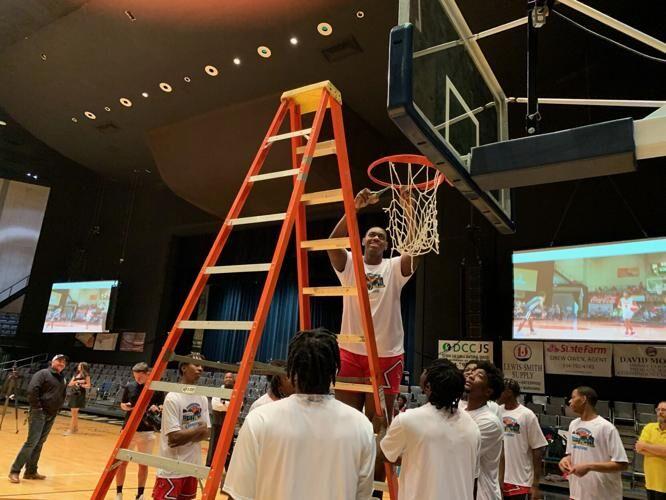 Eufaula, champions of the last three Downtown Dothan Hoops Classic basketball tournaments, will have to go through perhaps its toughest obstacle in Game 1 this year.

The defending champion Tigers will match up against the Dothan High Wolves in the opening round on what will be the second night of the 16-team, single-elimination boys basketball tournament traditionally held at the Dothan Civic Center.

The first four games will be held on Monday, Dec. 26, with Eufaula taking on Dothan on the second night of opening round action on Dec. 27.

“Obviously the Dothan-Eufaula matchup in the first round … in any other year it could be a final,” tournament director Tyson Carter of Dothan Department of Leisure Services said. “That’s incredible.”

A draw to fill the brackets was televised by WTVY during the Live at Lunch segment on Monday.

The first game on Dec. 26 will pit Wicksburg against Carroll beginning at 3:30 p.m., followed by Rehobeth vs. Abbeville, Providence Christian taking on Geneva and Houston Academy facing Dale County in the finale of the night.

Carroll earned its way into the tournament by winning the eight-team Turkey Classic at the Dothan Civic Center in November. It was the second year that tournament had been held as a way for a team to earn the final spot in the Hoops Classic.

“What a great tournament that was,” Carter said of the Turkey Classic. “Carroll and Greenville played in the championship game and Carroll came out the victor, so they punched their ticket to the Hoops Classic. We’re glad to have them back in the field.”

Houston Academy playing against Dale County in the final game of the opening night is an opening round rematch from last year’s tournament. The Raiders won on that night, 63-35, after outscoring the Warriors 19-4 in the third quarter to break open a competitive game and coast to the victory.

The second day of the tourney opens with Daleville against Geneva County at 3:30 p.m., followed by Headland against Georgiana, the Dothan-Eufaula matchup and then Ashford taking on Northside Methodist Academy in the final game of the night.

Carter was asked about some things that stick out most to him concerning the bracket draw in addition to the Eufaula and Dothan matchup.

“The irony of Houston Academy and Dale County getting drawn in the first round again,” Carter said. “Last year our good friends to the north of us Headland and Abbeville drew each other in the first round. I’m glad we avoided that this year.”

A 15-year tournament record $62,624 was raised last year in the tournament through sponsorships, ticket sales and concession revenues minus expenses to go back to the schools selected to compete in the boys basketball tournament held annually.

The four teams making it to the semifinal and championship/consolation round – tourney champion Eufaula, runner-up Dothan, Headland and Geneva County – each pocketed $7,828.

Four teams making it to the quarterfinals before they were eliminated – Ashford, Houston Academy, Providence Christian and Wicksburg – each made $3,914.

“Excited about the tradition that this tournament brings,” Carter said. “It’s really the thing that you do in Dothan after Christmas each year now. We’re super excited.”

Citing a unique opportunity to guide a new program from the start and a chance to be closer to home, Dale County head football coach Luke Tuck…

JaKanye Mount scored 20 points, pulled down 19 rebounds and dished out three assists in leading Opp past Headland 55-51 on Monday night in boy…

Houston Academy won its 21st straight home game over a two-season span with a 37-29 victory over Deerfield-Windsor (Ga.) on Saturday in boys h…

Houston Academy is turning to a familiar face in Hannah Braswell to lead its volleyball program for a second time.

Joel Harvin wants one day to be a head coach at a Class 7A high school program or a college coach.

This Day in History: First Winter Olympics take place in the French Alps

This Day in History: First Winter Olympics take place in the French Alps