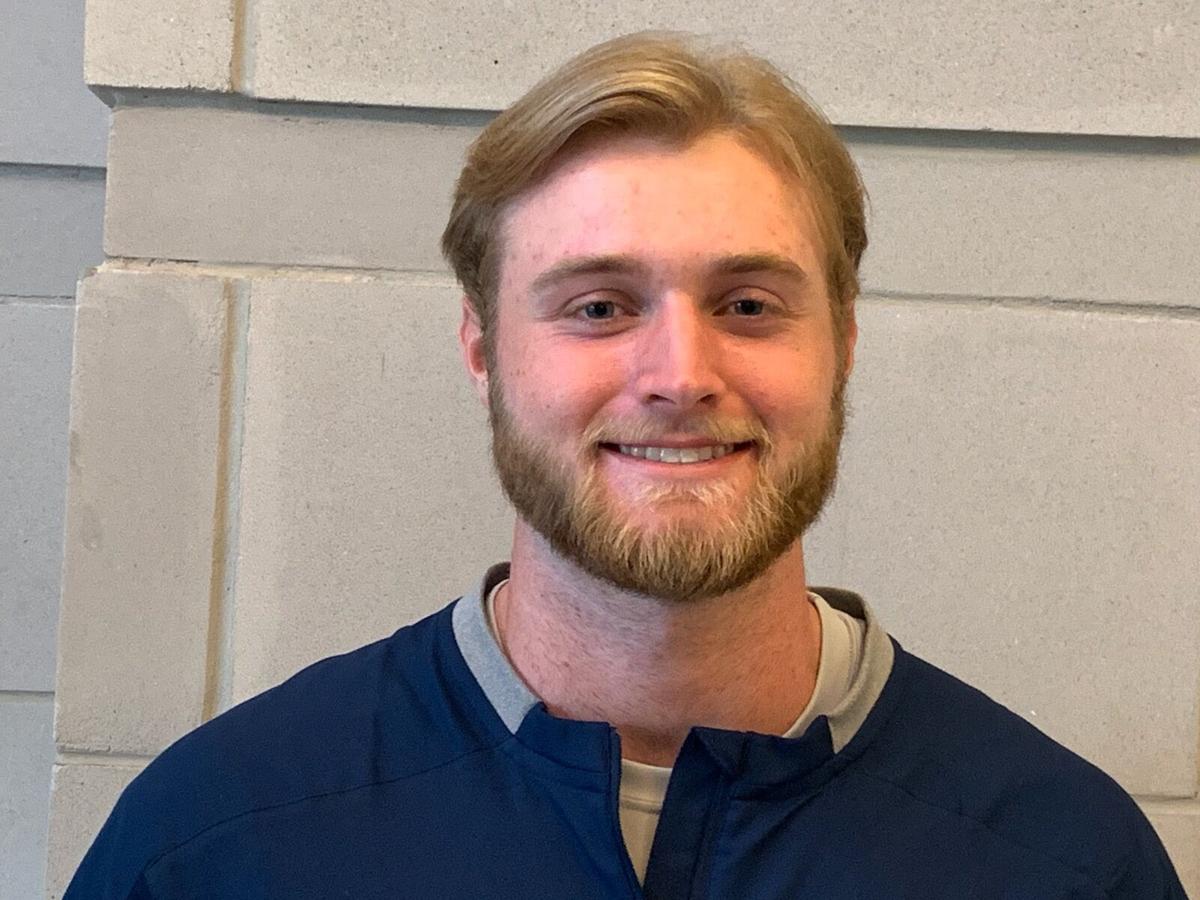 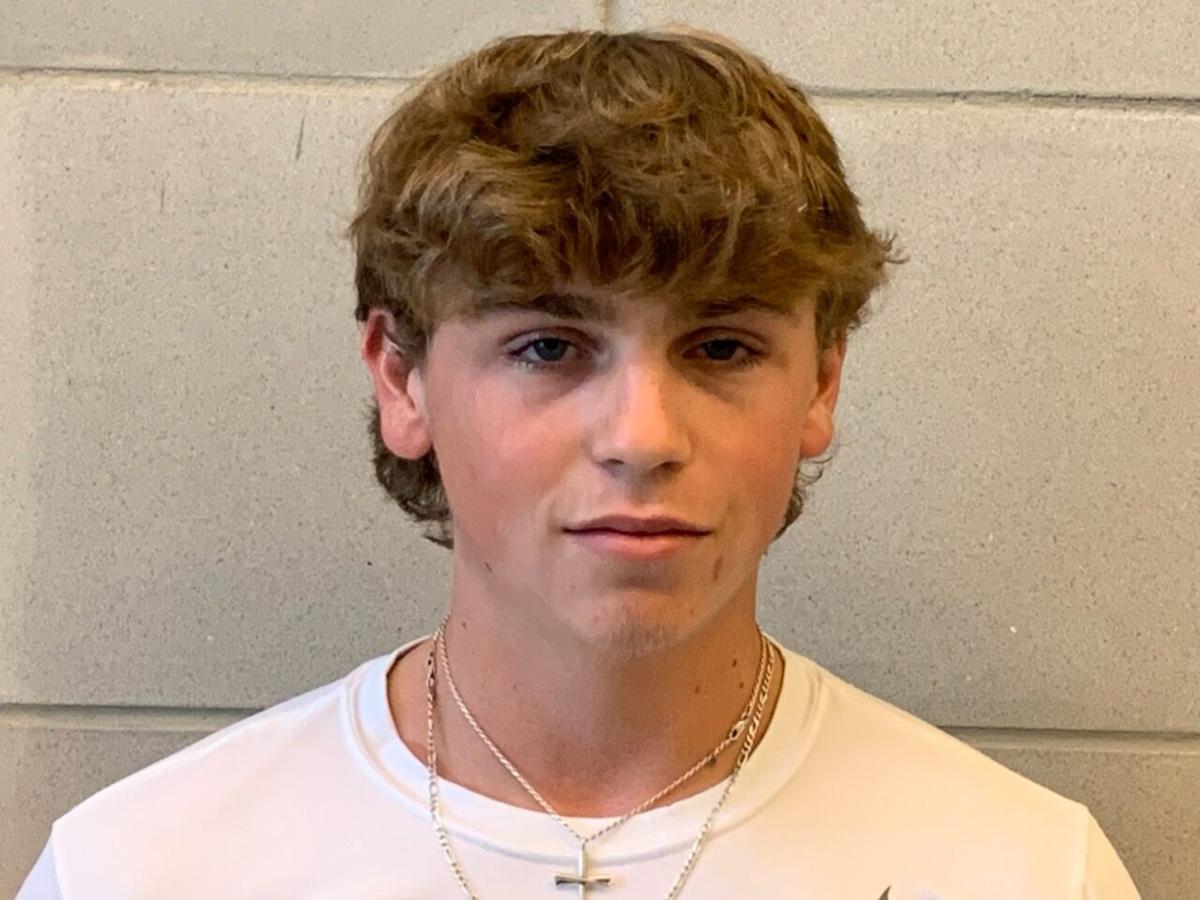 When deciding on their choice for a college baseball program, Enterprise Wildcats’ standouts Will Powell and Noah Loy made academics a priority as much as athletics.

The two both signed to play with junior college programs this past Wednesday. Powell, a first baseman and right-hand pitcher, signed with hometown Enterprise State Community, and Loy, a middle infielder, inked with Coastal Alabama South.

Though staying at home, Powell stressed his decision was mostly on what fit him best. He chose the Boll Weevil program over offers from Wallace-Hanceville and Coastal Alabama South.

“I decided on Enterprise because it is what fit me academically and athletically,” Powell said. “Academically, it will help me progress with my school as I am going into nursing. Athletically I felt most comfortable with coach (Bubba) Frichter and the environment Enterprise State has. I felt coach Frichter of all my choices is one who could get me to that next level, that four-year school.”

Powell said he initially wanted to leave the Enterprise area, but the more he looked at his college choices, the more he realized how Enterprise State was his best option.

“At first, I was kind of ready to go (leave), but I looked at all my options and it felt best to stay here,” Powell said. “Of all the schools I checked out, it felt like the best environment for me.”

Loy, a second baseball last year for the Wildcats who will likely move to shortstop this upcoming season, also stressed academics in his decision to attend Coastal Alabama South, located in the north Baldwin County city of Bay Minette.

“I felt it was best for my family and for me, too, athletically and most importantly academically to further my career in civil engineering,” Loy said.

Loy said the location – about two-and-a half hours from Enterprise – and knowing a lot of people in the Bay Minette area were among other factors in his decision.

“It is close to home, though it is not right at home, but is close enough,” Loy said. “A lot of my family lives there so I know people there. I felt really comfortable with the coach, the program and the campus. I really like the campus and how it is laid out.”

Loy explained that he has several cousins, aunts and uncles on his mom’s side of the family in the Bay Minette area.

Powell expects to play both first base and pitch at Enterprise State.

“He (Frichter) is looking for me to be a two-way guy, playing the field and hitting plus pitching on the mound,” Powell said.

The Wildcat senior said he feels strongest as a position player and hitting, though he also feels confident in his pitching abilities. Offensively, he describes himself as a power hitter.

As junior, Powell hit .285 for the Wildcats and drove in 25 runs with seven doubles and one home run. He stole 11 bases.

Loy, meanwhile, feels defense is the best of his game. He made only five errors last season in 40 games and had a .976 fielding position at second base for EHS, while recording 52 assists and 54 putouts.

“I am really good defensively. I feel I can be trusted as an infielder,” Loy said. “I am smooth in the infield as not many balls get by me. I am pretty quick.”

In addition, Loy feels he has a positive attitude that will help his future team, the Sun Chiefs.

“I feel I will be a positive influence on the team,” Loy said. “I am real quiet, but I can be real loud as well. I feel I fit in with people well.”

“Noah is a slick fielding infielder that will play in the middle again for us this year as a senior,” Whitton said. “He played second base every day last year and was a key complement for us defensively.

“I look for Noah to hit near the top of our order and potentially be a table setter for us offensively. Noah has worked extremely hard this off season and is being rewarded with a chance to play college baseball.”

A year ago, Loy hit .274 with eight doubles and also had 24 runs scored and 14 stolen bases for the Wildcats.

Whitton described Powell as an athletic player with power at the plate.

“Will is a very athletic first baseman that can also man a corner outfield spot,” Whitton said. “We will look to use Will this year to add some depth to our pitching staff.

“Offensively, he possesses a power tool that factors into the middle of the order with the ability to run the ball out of the park. He will more than likely hit in the middle of our order and I expect him to see him be a big time run producer for us this year.

“Will is another player that was committed to working on his craft and is being afforded a chance to play at the next level.”

Both players are excited about their upcoming senior season at Enterprise.

This year’s Wildcat team will be the first to play in an on campus stadium after decades of playing at Donaldson Field in Johnny Henderson Park, just north of the city.

“We have been waiting a while to be able to play on campus here and I feel we will be right at home,” Loy said.

Powell added, “It definitely will feel special because we will be the first ones to play on the field. It definitely is going to a fun environment to have your school surrounding you and playing at your school.”

After three seasons as the head football coach at Enterprise High School, Rick Darlington is returning home to the state of Florida to become …

A year after the Downtown Dothan Hoops Classic was canceled due to COVID-19, it will return with a bang on Dec. 27 when county rivals Headland…

Two standout volleyball players, an elite cross country/track runner and a talented baseball player had a moment of a lifetime Monday at the P…