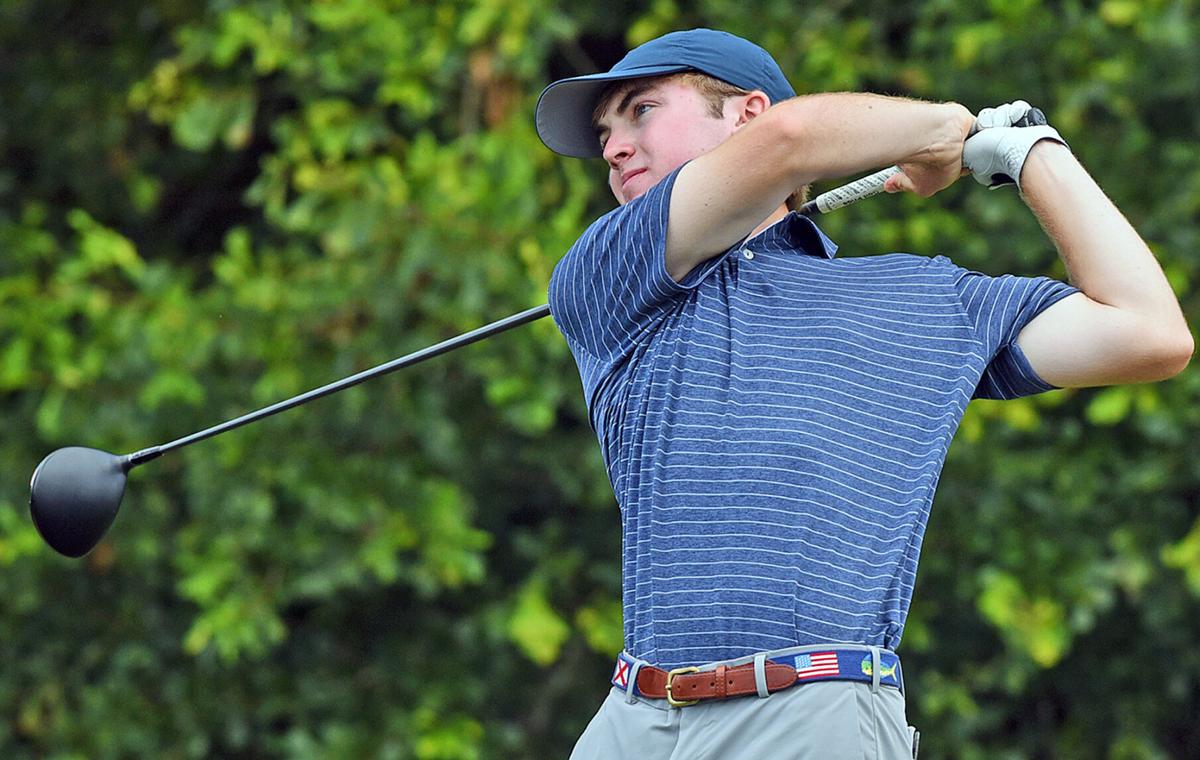 Jake McDonald tees off on the 2nd hole at the Dothan Country Club during the opening round of the Future Masters on Thursday. 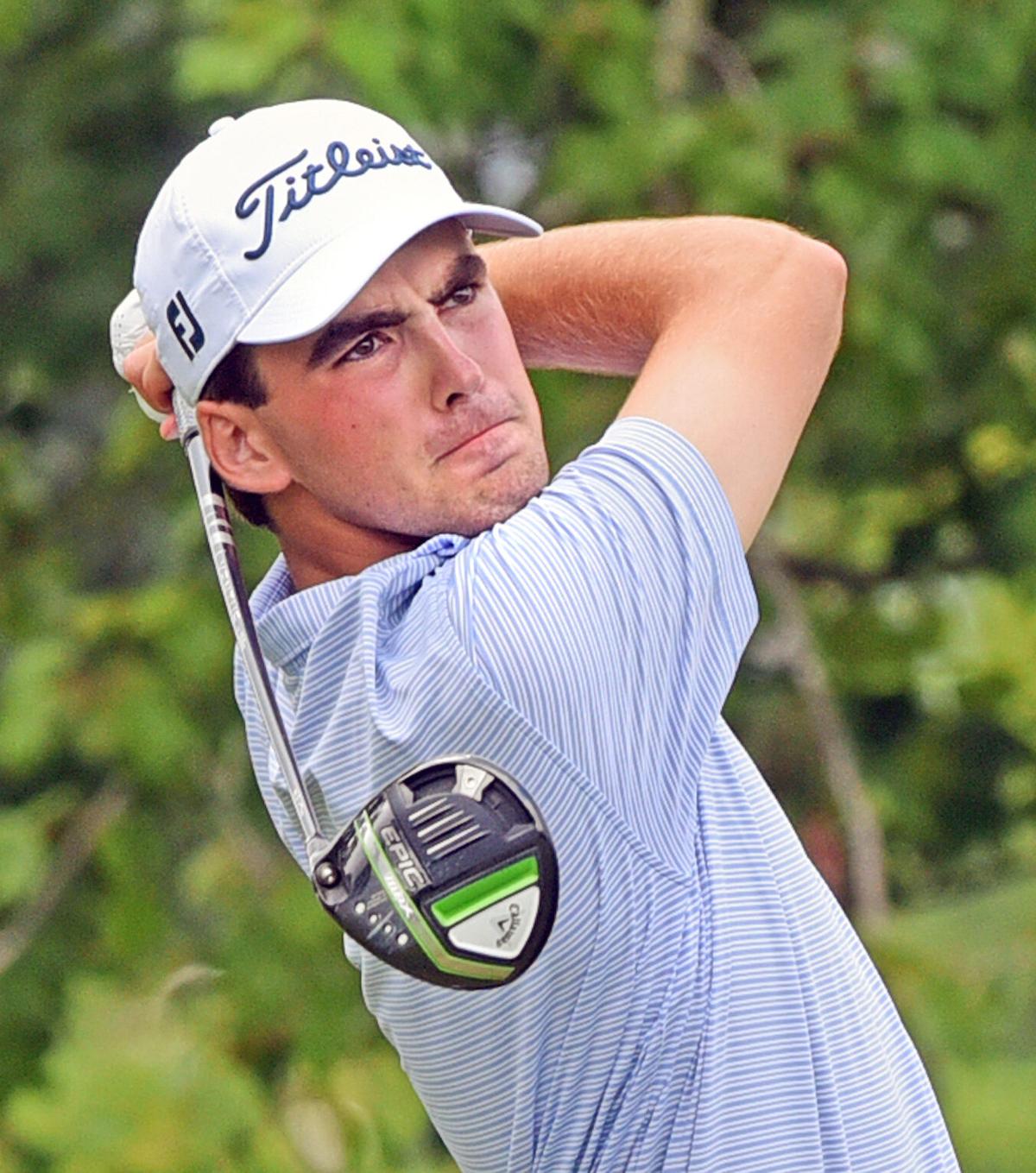 Matthew Streitman of Dothan tees off on the 6th hole at the Dothan Country Club during the opening round of the Future Masters on Thursday.

In what was a rough day for most of the locals during a rain-interrupted first round of the 15-18 age division of the Press Thornton Future Masters, Dothan’s Matthew Streitman held steady to record a 1-over-par 71.

Starting on the back nine, Streitman, a UAB signee, birdied the first hole (10) to get off to a strong start and then followed with par over the next eight holes to make the turn at 1-under.

On his final nine on the front side, however, Streitman bogeyed the first two holes before rallying with birdies on Nos. 4 and 6 to go back to 1-under. Bogeys on 7 and 8 put Streitman at 1-over going into the second day of play.

Jake McDonald, teammate of Streitman at Houston Academy who is playing his last Future Masters, was at 2-under par and in the bunker on the 15th hole when heavy rains caused a delay of almost two hours.

When play resumed around 6 p.m., disaster struck for McDonald.

He made three straight bogeys and then a triple-bogey on No. 18 to finish the round at 74.

Rehobeth product Brantley Scott, who went unbeaten through the high school season and was the AHSAA Class 5A state tournament champion, got off to a shaky start with three straight bogeys to begin his round and was 4-over at the turn. He never recovered in shooting a 79.

Another Houston Academy product, Mason Crowder, 15, got off to a rocky start before playing well down the stretch to finish at 5-over 75.

Starting on the back nine, Crowder was 3-over after two holes with a bogey and double-bogey, then made par and another bogey to go 4-over after four holes. Crowder also made bogey on 18 to make the turn at 5-over.

It was the speed of the greens that had Crowder puzzled.

“Every downhill putt was going 6 feet by, and then I just couldn’t make the comebacker because it was so far,” Crowder said. “I was hitting the ball well, and then I would just put myself in the wrong position on the green above the hole and it would just be a downhill putt and I wasn’t able to stop it by the pin.”

Never panicking despite the rough start, Crowder played a solid final nine despite a 4-putt on No. 3.

“I just tried to play golf, like a normal round,” Crowder said. “Once I thought like that, I was just hitting better shots and not pressure myself as much to make the putt. Just lagging it close and maybe it goes in.”

“On 4, I was like three inches from holing out for eagle,” Crowder said of a highlight. “I hit a drive with a little slight draw to the left side of the fairway. Then I hit a 6-iron that hit the cart path between the two bunkers on the right and ended up like 3 yards short of that second bunker in the rough, sitting up fine.

“I knew it wasn’t going to have any spin, so I played it like 10 yards short of the pin so it could hop up and it hopped the right direction and went to like 3 inches or so. So it was a good hole.”

Jackson Cleveland of Troy and Gibson Charlton of Enterprise will complete their rounds on Friday morning.

For a complete list of scores from the first round and tee times for the second round, check www.futuremastersgolf.com

Ron Watson played on the court as a student, coached on it for 16 seasons and watched his three daughters – Sara, Hanna and Rachel – take part…

Enterprise volleyball wins its own tournament

Jake McDonald tees off on the 2nd hole at the Dothan Country Club during the opening round of the Future Masters on Thursday.

Matthew Streitman of Dothan tees off on the 6th hole at the Dothan Country Club during the opening round of the Future Masters on Thursday.