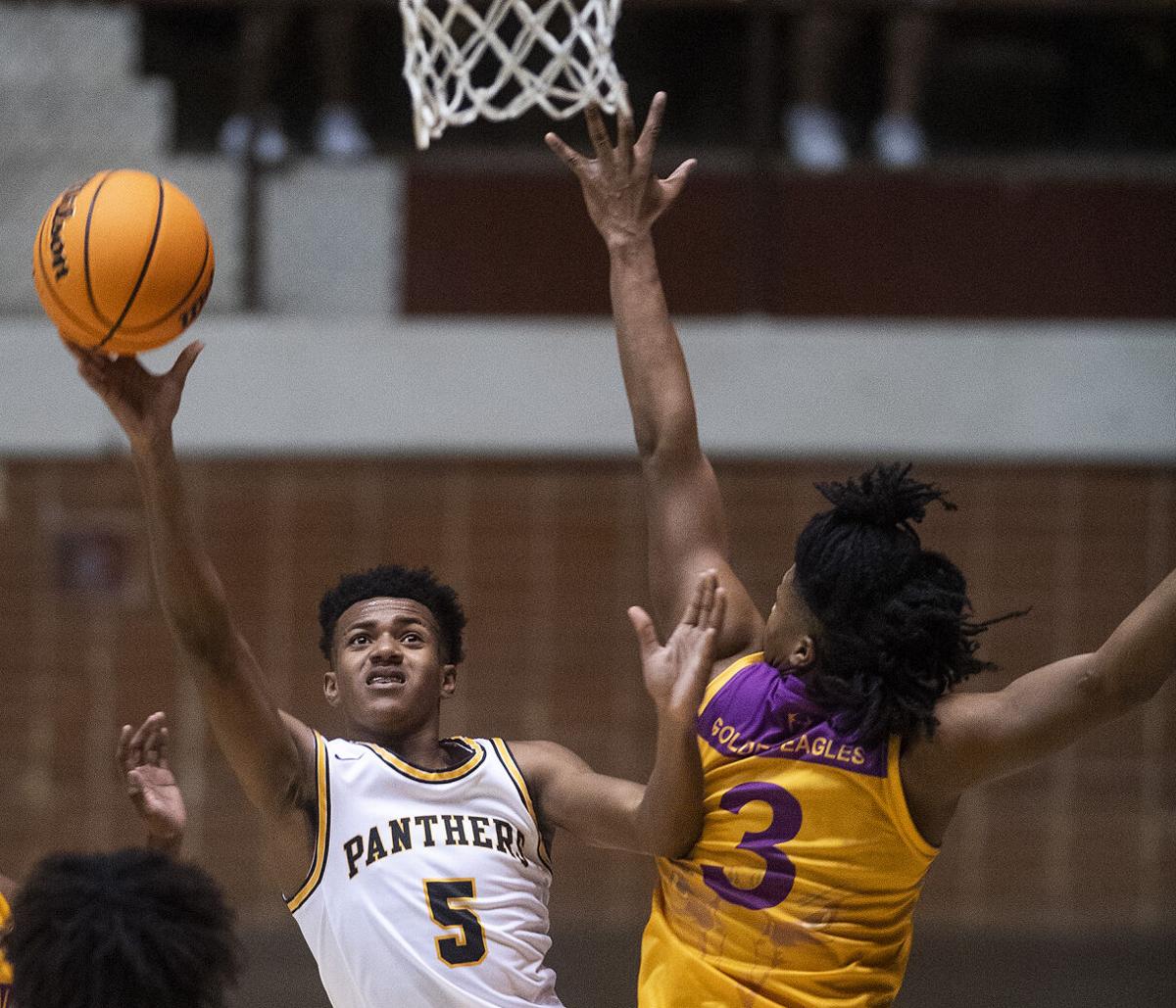 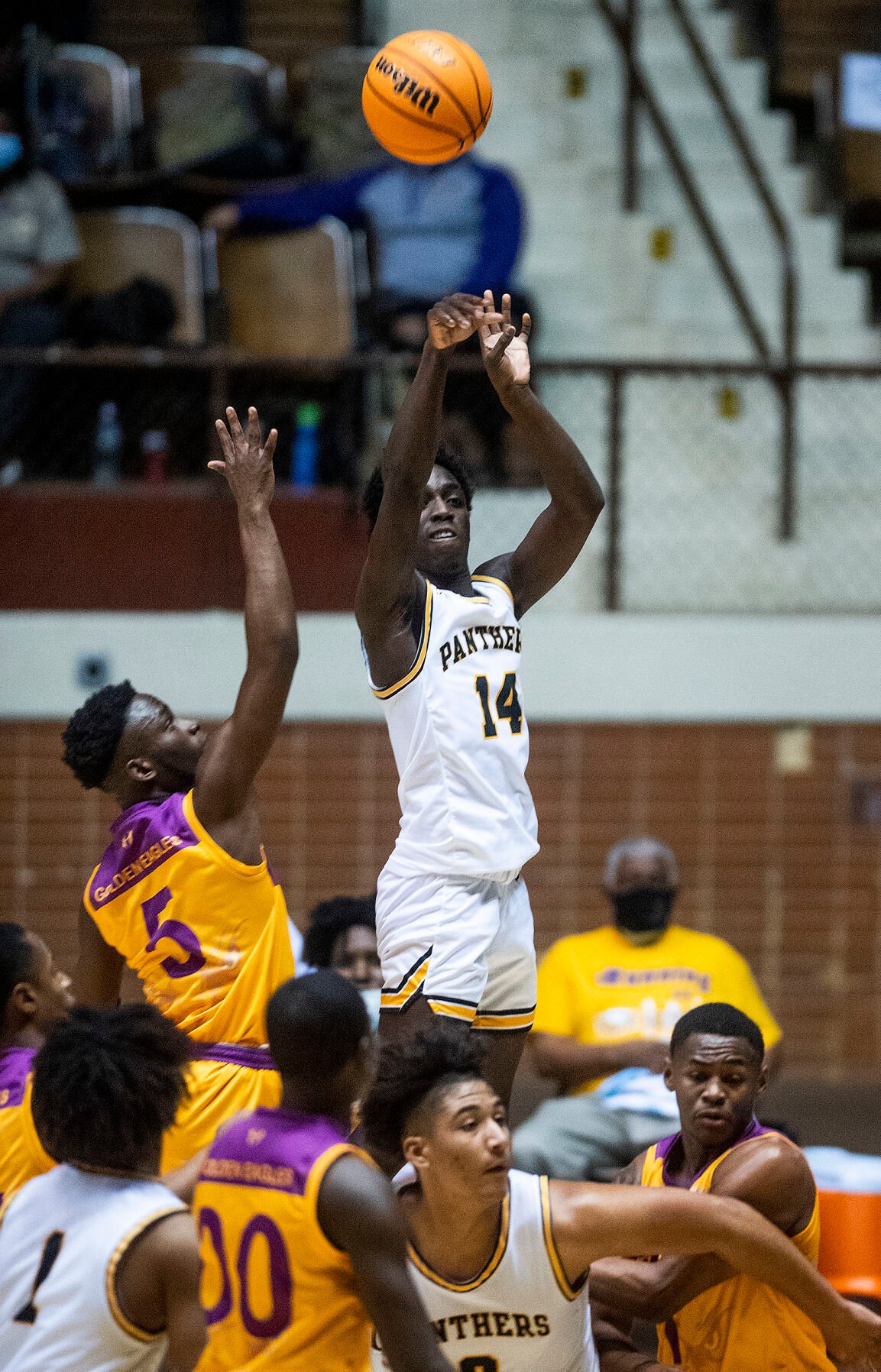 The Panthers got off to a slow start and never could catch up against athletic Booker T. Washington of Tuskegee, falling to the Golden Eagles 71-50 in the Class 4A Southeast Regional Championship at Montgomery’s Garrett Coliseum.

Geneva, which finished the season with a 17-9 record, had not reached a regional final since 1987 prior to this year.

“We are young this year, so that is the exciting part,” Geneva coach Brent Johnson said of advancing so far in postseason. “We started one senior, a junior, two sophomores and a freshman in today’s game and we have juniors, sophomore and freshmen coming off the bench, so the future is bright. The guys have put in the work and the time too.

“So we are excited about what’s happening with boys basketball. We feel like we are making a turn here.”

Booker T. Washington (18-4) advanced to Friday’s state semifinals for the second time in three years and will face the Northwest Regional Tournament champion which will be decided on Tuesday.

“I am very excited to be able to have a chance to compete for a state title,” BTW coach Corvin Johnson said. “This is the second time in our school history that the boys program has made it to the final four. In 2019, we came up short (losing in the semifinals), so this is redemption.

“We stayed locked in all year. We set goals at the beginning of the season and we stated that nothing will come between us and getting to the last game – the state championship game. We are still on course to do so.”

Geneva scored only two points in the first six minutes and fell behind 13-2 as Jalien Fluellen led the Golden Eagles with six points and Andrew Johnson added five. The Panthers, who pulled to 13-5 at the quarter break, made several runs in the second and third quarter, but every time the Golden Eagles answered.

“We didn’t shoot well early as we had to make an adjustment for the depth perception in the goals,” Johnson said of playing at spacious Garrett Coliseum. “It took us a little more time than we hoped. We dug ourselves a hole and it was too tough to get it out of him.

Geneva pulled to 18-16 midway in the second quarter following a Noah Johnson basket, but BTW scored nine of the next 11 to take a 27-18 halftime lead.

The Panthers cut the deficit to five twice in the third quarter only to see the Golden Eagles finish the period up 46-36 going to the fourth quarter.

Booker T. Washington pulled away for good in the final period, scoring 14 straight points to take an 11-point lead to 63-38 with 3:19 left.

Fluellen had a game-high 20 points to lead Booker T. Washington. Johnson, playing in just his second game since losing his father to COVID-19 last week, followed with 18 points. Anthony Tarver and Joseph Phillips both earned double-doubles with Tarver delivering 12 points and 13 rebounds and Phillips had 11 points and 16 rebounds.

Booker T. Washington finished with a dominating 54-30 rebounding edge, including 23-13 in offensive rebounds.

“The biggest thing is how we preserved through the year,” Geneva’s Johnson said of his team, which won 11 of 13 to reach the regional finals after a 6-5 start. “We struggled at the beginning of the year, just trying to find our way and finding groups that worked together.

“We kept battling and as of late, we started playing great. We fell short (today), but I think the experience will be huge going forth.”