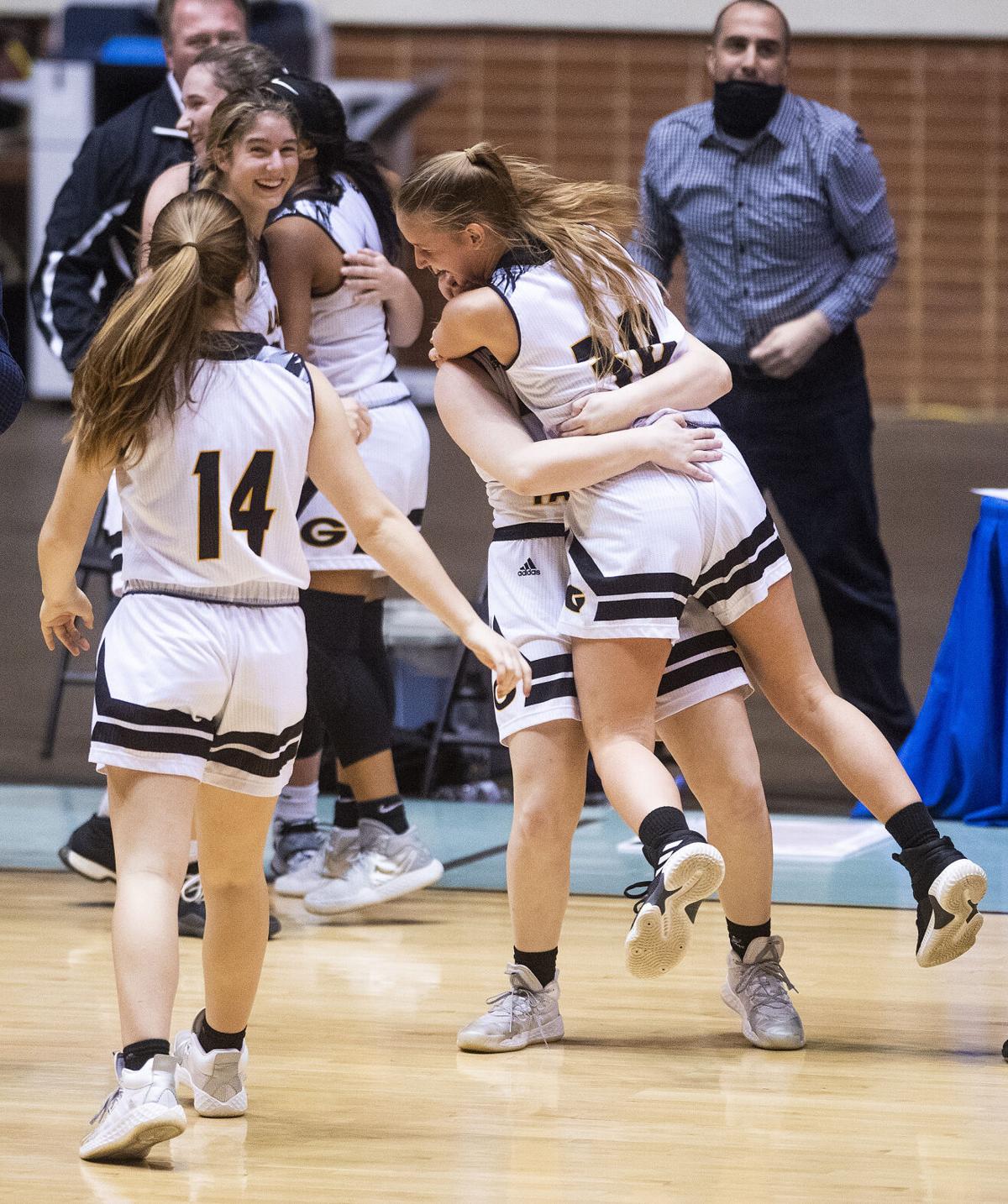 For the first time since 2008, the Panthers are headed to Birmingham and the state tournament.

The Panthers earned a ticket to the Class 4A state semifinals, defeating St. James 54-43 Monday morning in the 4A Southeast Regional Championship game at Montgomery’s Garrett Coliseum.

Geneva (20-7) plays its semifinal game on Friday morning at 9 a.m. at Bill Harris Arena. The Panthers will play the Northwest Regional Tournament champion which will be determined on Tuesday.

“We are so excited to be going back,” Geneva head coach Rich Bixby said. “It is always fun to get to Birmingham.”

It will be the first for members of this year’s Panther team.

“It feels pretty good to know all the hard work that we have done this season has paid off,” said sophomore point guard Madison Johnson of reaching the state semifinals.

Melody Watson, Geneva’s 6-foot-3 junior center, was one rebound and one block shot shy of a triple-double, finishing with 10 points, nine rebounds and nine blocked shots. Johnson, the heady sophomore floor general, earned a double-double of 11 points and 11 rebounds, but just as important had four assists and only two turnovers.

Pazley Lamb, one of the team’s three seniors (Shelby Hammock and Tamarah Johnson are the others), earned a game-high 15 points, highlighted by three 3-pointers, including a key one in the fourth quarter.

Brooklyn Kemmerlin, a freshman guard, had 13 points – highlighted by 7-of-8 at the foul line – and also earned six rebounds. Makaley Boswell, a sophomore guard, had only five points, but delivered with a team-high five steals plus three assists.

“It really does take a team for us,” Madison Johnson said. “We don’t just have one superstar. We all bring different things to the table.”

Bixby added of his team’s balance, “I never know from time to time who will be the stud for a game.”

The win was the second this year for Geneva over St. James. The Panthers beat the Trojans 37-31 at St. James’ tournament in November in Geneva’s season opener.

On Monday, Geneva pulled away from St. James (19-8) in the second half following a strange first half where the Panthers dominated the opening period before the Trojans stormed back and controlled the second quarter.

Behind strong defensive play inside by Watson and an up-tempo offense, Geneva pitched a first-quarter shutout in racing to a 14-0 lead at the end of the first quarter.

Watson blocked five shots in the period and the Panthers hit four of their last five shots, starting with a 3-pointer by Lamb, her second of the period. Madison Johnson added a short jumper and Boswell earned a fastbreak layup off a Madison Johnson dish before Kemmerlin ended the quarter with a driving layup for the 14-0 lead.

St. James, though, heated up in the second quarter. After going 0-for-13 with eight turnovers in the first quarter, the Trojans hit 9-of-12 shots in the second, including 3-of-4 on 3-pointers. They also capitalized at the foul line, hitting 4-of-6.

The hot shooting also coincided with Geneva struggling against a 1-2-2 zone defense and the half ended with St. James up 25-22. A 3-pointer by Ava Card gave the Trojans the three-point lead, their first of the game – one that wouldn’t last long either.

Geneva scored the first eight points of the third quarter to build a 30-25 lead. Lamb and Watson both scored in the lane with Madison Johnson making a nice pass for the latter basket. Kemmerlin scored on a layup after a pass from Boswell and added a putback to finish the eight straight.

The Trojans cut the margin to one late in the period at 34-33 on a 3-pointer by Chelsey Craig, but the Panthers’ fastbreak resulted in two straight layups in the final minute by Lamb off passes from Boswell to put GHS up 38-33 entering the fourth quarter.

Lamb knocked down a trey from the right wing to push Geneva up 42-35 with 6:31 left before St. James’ Danielle Green scored on an easy layup off an inbound pass from Card to cut it to five.

The Panthers, though, broke it open with seven straight points to build a 49-37 advantage with 3:45 left. Watson hit 4-of-4 free throws and Boswell hit a fastbreak layup to spark the surge.

St. James, behind four free throws by Craig over the next 14 seconds, cut the gap to 49-41, but that was close as the Trojans would get as Geneva knocked down 5-of-6 free throws in the final 2:29 to pull away.

After trailing by three at the half, the Panthers outscored the Trojans 32-18 in the second half

“I think we calmed down a little bit and we really buckled down on our defense, trying to deny and help,” Madison Johnson said. “It was an all-around second half.”

With the victory now in hand, Bixby said this year’s trip to the state tournament was just as special as the other three he has made at Geneva. The Panthers reached the state championship game in their last trip in 2008.

“There were a few times we thought we had a good chance in past years like in 2012 and the last three-four years, but Class 3A is tough,” Bixby said. “Moving up to 4A has benefited us. I told the girls if we played and did what we are supposed to do that we had a very good shot at getting to Birmingham.”