Mitchell Piedra of Houston Academy and Riley Stewart of Enterprise were named the top tennis players in the area by the Dothan Eagle. 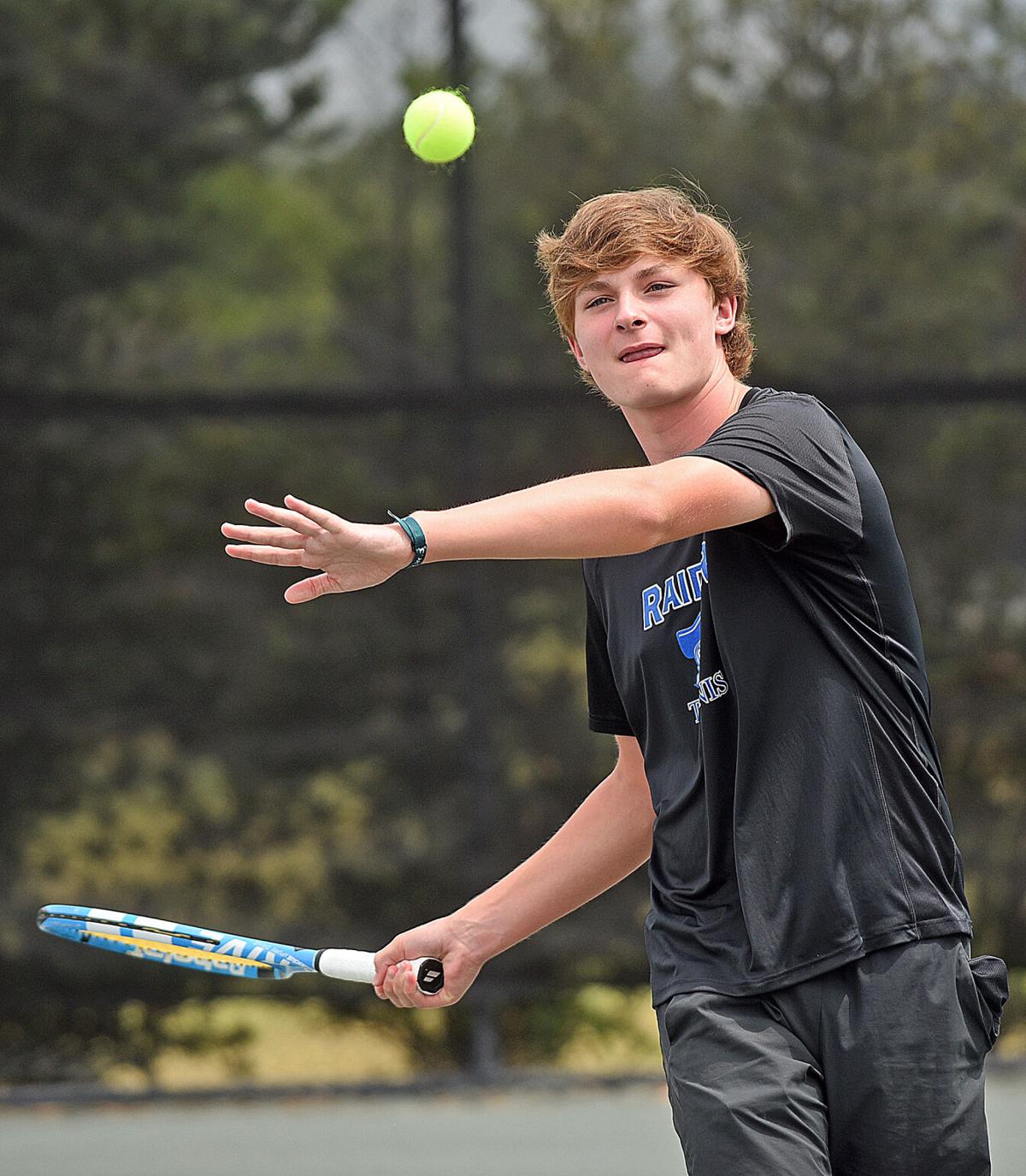 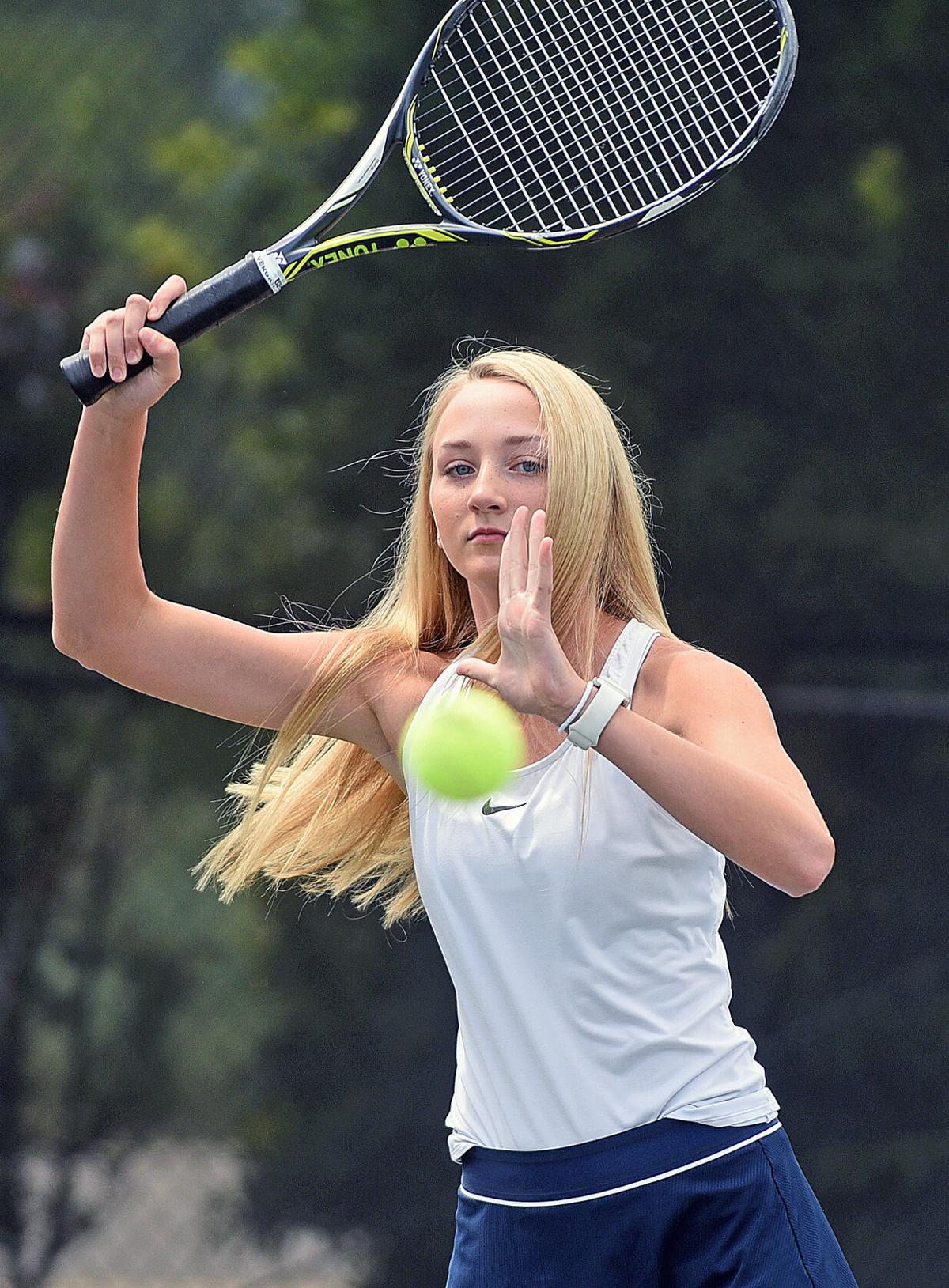 For the other, it was about returning from an injury and helping her team to the state tournament.

The two, both freshmen, were successful in their season endeavors.

Piedra won state titles at No. 1 singles and No. 1 doubles in helping the Raiders to the Class 1A- 3A team title, while earning a 12-2 seasonal record in both singles and doubles.

Stewart recovered from lateral ligament surgery on her left ankle to earn a 15-6 record as No. 1 singles player in helping the Lady Wildcats to the Class 7A state tournament.

For their efforts, Piedra and Stewart have been named the Dothan Eagle Player of the Year for high school girls and boys tennis this season.

“It is very exciting” Piedra said. “I am honored. I think all the work that I did in the offseason really paid off and it really contributed to me winning the award.”

Stewart had a couple of emotions about receiving the honor.

“I was very, very shocked, but filled with excitement,” Stewart said. “I didn’t know I would get this honor. I was very shocked when I heard the news.”

state titlesPiedra, a third-year HA varsity player, played No. 6 singles two years ago and No. 2 last year before moving into the No. 1 slot this season.

He also had goals to win state titles in both singles and doubles and help the team win a third straight team title. He previously won a state title at No. 6 as a seventh grader.

He accomplished the latest singles title with a 6-1, 6-4 win over Westminster’s Grant Eller in the state tournament finals. He teamed with Andrew Ayodeji to claim the No. 1 doubles crown with a 6-4, 6-2 finals win over Montgomery Catholic’s Sebastian Sayegh and Cooper Davis 6-4, 6-2.

“I was training for that during the offseason – to win the titles,” Piedra said.

“He was our rock,” Hart said. “He is so reliable, so dependable. I kind of put him out there on auto-pilot as he knows the game and he works hard. He is one of the most reliable, dependable players I have coached. He has a level-head, makes good decision and he doesn’t let his emotion get in the way which for a 14-year-old ninth grader, that is saying something.”

In preparation for the season, Piedra played in more tournaments during the offseason and trained with tennis coaches Joey Perry and Daryl Shapiro and conditioning coach David Mosley.

Piedra admitted he had one other goal, one he didn’t accomplish, but said it didn’t take away from his strong season.

“My goal was to go undefeated, but I didn’t accomplish that. Toward the end, I lost a couple of matches, but I think I played well throughout the season.”

Both of the losses were quality ones. One was to St. James’ Toba Rios, a Class 4A-5A state quarterfinalist. The other was to Trinity’s Thomas Treadwell, a Class 6A state semifinalist. Piedra also beat Rios during the season.

Playing with Ayodeji, he also excelled in doubles during the season and especially in clutch time of the postseason.

“In doubles, throughout the season we played well together,” Piedra said. “Some of our losses we didn’t play that great, but me and my partner Andrew played the best together during state and the state finals.”

Piedra feels his powerful ground strokes are key to his success on the court.

“I think my ground strokes (are the strongest suit) as my forehands and backhands really help me win,” Piedra said. “They are powerful. I also think I can get to pretty much every ball that is hit at me.”

Hart said Piedra has an ability to play back and seize on an opponent’s mistake.

Piedra is already eyeing next season.

Stewart bounces back after injury

A year ago, Stewart was recovering from surgery for an ankle injury, one she believes was caused by too much wear and tear from playing volleyball and tennis.

She recovered in the offseason and felt 100 percent by the time the 2021 tennis season rolled around.

“Going in (to the season), it was just to hopefully make state with my team, but also build the relationships and go full force,” Stewart said of her preseason goals. “I had ankle surgery last season and couldn’t play the full year, so I wanted to come back full force.”

As she recovered during the summer, she maintained her tennis work

“I focused on footwork and being able to move the way I wanted to, while also gaining some power behind the ball,” Stewart said.

After missing a couple of mid-season matches with a back injury, she helped the Wildcats reach the state tournament by winning four section tournament matches, including one of the three tiebreaker matches against Smiths Station that clinched the state tourney spot.

“That was just a great moment,” Stewart said of winning the tiebreaking match.

After a first-round bye at state, she lost in the quarterfinals to Vestavia Hills’ Cindy Jiang

“I felt pretty good about the season,” Stewart said. “We had a pretty good run. We made it to state and I believe I grew as a tennis player and as a teammate.”

“She was an excellent player,” Jordan said. “She was one that you could kind of throw out there when you needed to get that one win. She never gave up even through injuries. It wasn’t her not wanting to play, but me having to pull her out.

“She is very determined to do her best in everything she does and works hard to do so. I honestly forgot sometimes that she was a ninth grader because I have had her for so long and she is that good of a player. You forget her age.”

On the court, Stewart feels she has a couple of strong attributes.

“I think my serve is one of my biggest strengths,” Stewart said. “That is something I have been working on for quite a while. Also, on my backhand I have been getting more power on it and I try to move across court as fast as possible and never really give up on a ball.”

As far as next season, she wants to become more of a leader for the Wildcats and develop a rapport with a new doubles partner. Her partner from this season, Grace Heim, was a senior.

“We are losing tons of seniors, so I want to bring the energy to the team and get them comfortable with playing,” Stewart said. “Hopefully make it back to state and get further than the first round.

Look to the Chargers and Seahawks to make the playoffs

Houston Academy baseball coach Tony Kirkland feels like Braydon Harvin will be a successful pitcher on the collegiate level.

Mike Hall, affectionately known as “Mr. Mike” in local softball circles, was caught by surprise when a small parade of coaches and officials m…

The two golfers have been part of three state championship teams at Houston Academy and have earned individual tournament titles over the years.

As the only entrant in the Tour de Wiregrass, I crank up the 2015 Altima and head toward the Westgate Complex for the first view of the athlet…

Mitchell Piedra of Houston Academy and Riley Stewart of Enterprise were named the top tennis players in the area by the Dothan Eagle.