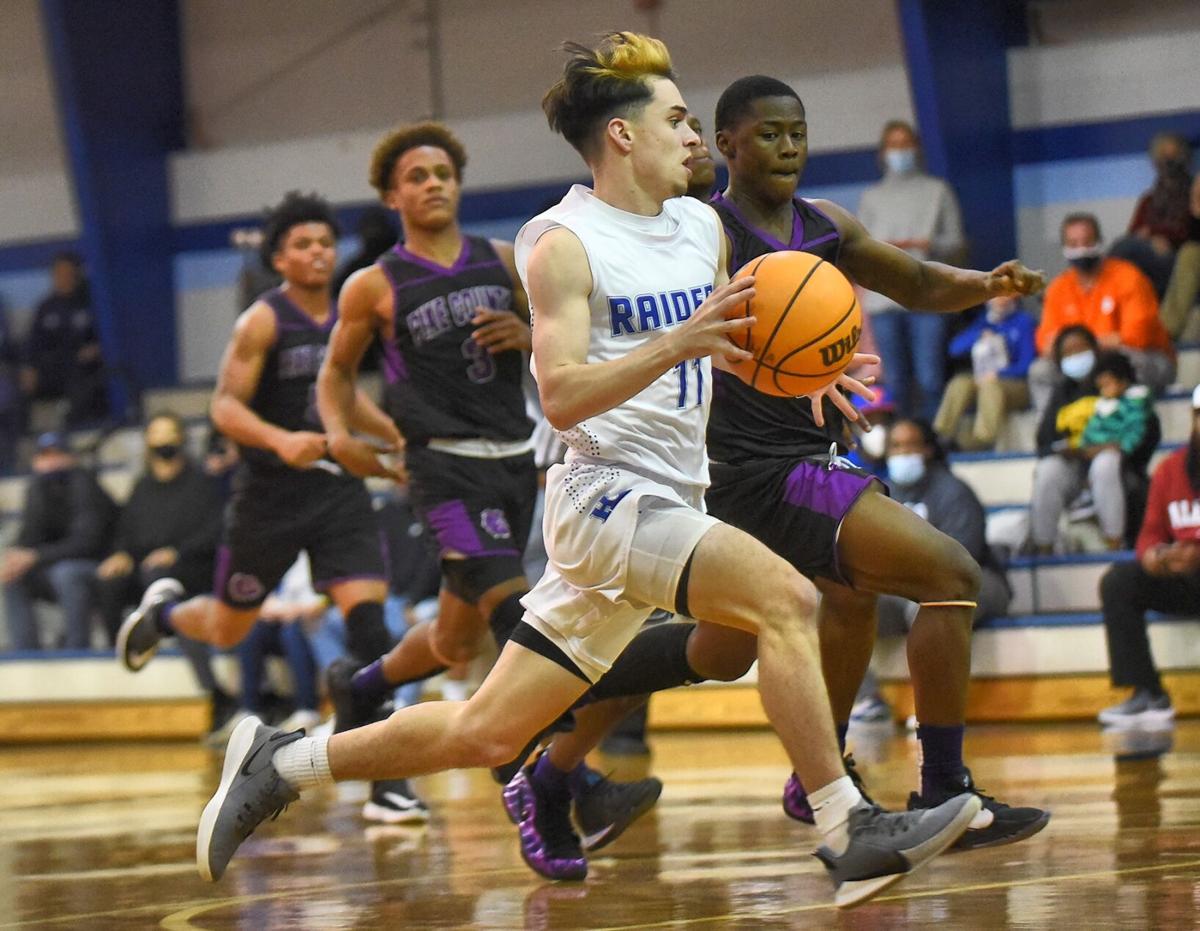 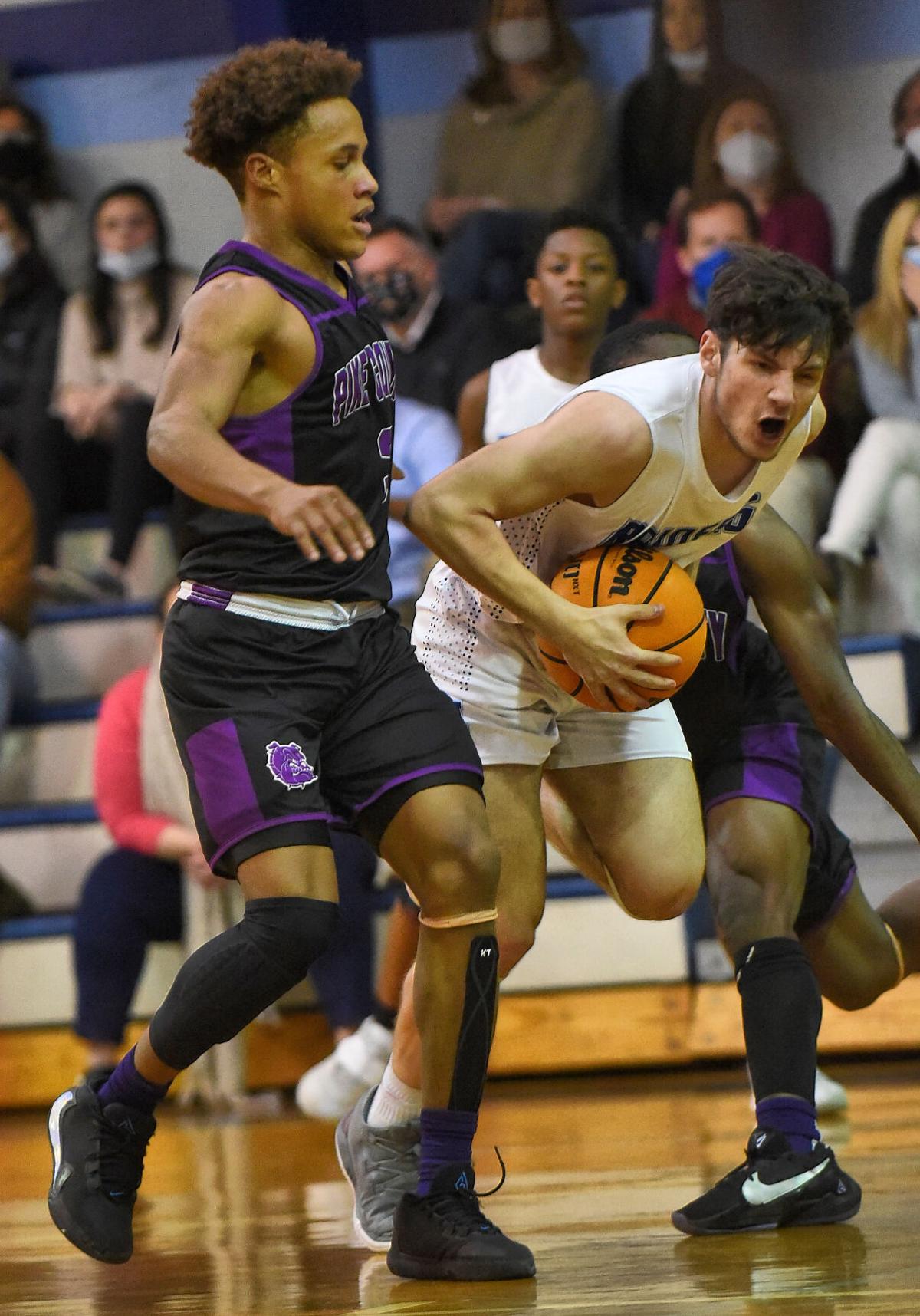 In danger of being eliminated from the playoffs, point guard Kadyn Mitchell, just an eighth grader, took over the game for Houston Academy

Mitchell scored 20 points in the fourth quarter and 31 in the game as Houston Academy rallied for a 56-47 win over visiting Pike County in the Class 3A sub-regional on Tuesday night.

Down 38-32 going to the final period, Mitchell hit two long 3-pointers from well beyond the top of the key to tie the game. After Pike County hit a free throw to regain the lead, Mitchell’s older brother, Kamryn, a junior forward, scored back-to-back baskets to give the Raiders the lead for good. Those were the only four Raider points not scored by Kadyn in the final eight minutes.

Houston Academy improves to 17-9 and advances to the first round of the Southeast Regional on Friday against Dadeville or Trinity of Montgomery. Pike County, the defending state champion, end the season at 9-6.

Kadyn was held scoreless in the third quarter and Houston Academy head coach Scott Whitaker sat him down for a bit in hopes it would prove beneficial.

“He had a moment there when his youth, I guess, came to the surface and he had a little frustration and we got him over here and he settled down,” Whitaker said. “We’ve had that situation before where he came to the bench and he could see it from a different perspective and it just changes how he plays.”

Besides filling it up from outside in the opening minutes of the fourth quarter, the Raider guard finished off the Bulldogs by draining 12 of 13 free throws down the stretch in controlling the ball and drawing fouls under heavy pressure.

Kamryn Mitchell followed his younger brother in scoring with 12 points.

Pike County was led by Makhi Leverette with 11 points.

“They are very quick and I was worried about our fatigue,” Whitaker said. “We’ve played a very short rotation in several games now.”

Whitaker had reason to be concerned about the athleticism of Pike County.

The Bulldogs were the aggressor early in the game, building a quick 10-2 advantage by pushing the ball on the break and crashing the offensive backboards in creating easy baskets.

The Raiders got in gear and went on a 9-0 scoring run to take the lead at 15-12 as Kamryn scored inside.

The score was tied at 15-15 and 22-22 before the Raiders took a 23-22 lead to the dressing room at halftime following a made free throw from Braden Phillipps.

Like the first half, Pike County came out on fire in the second half to score the first eight points in leading 30-23 on a short bank shot from Ian Foster.

With Pike County leading 35-29, Rod Jackson scored on a put-back and also hit a free throw to keep the Raiders close at 35-32. Foster scored on an inside move down low and hit one of two free throws to put Pike County up 38-32 after three quarters.

Whitaker was proud of his team, and how his young guard responded in the moment.

“Kadyn is only 14 and there’s only so much you can squeeze out of somebody,” Whitaker said. “I think we’ve pushed him pretty hard.”