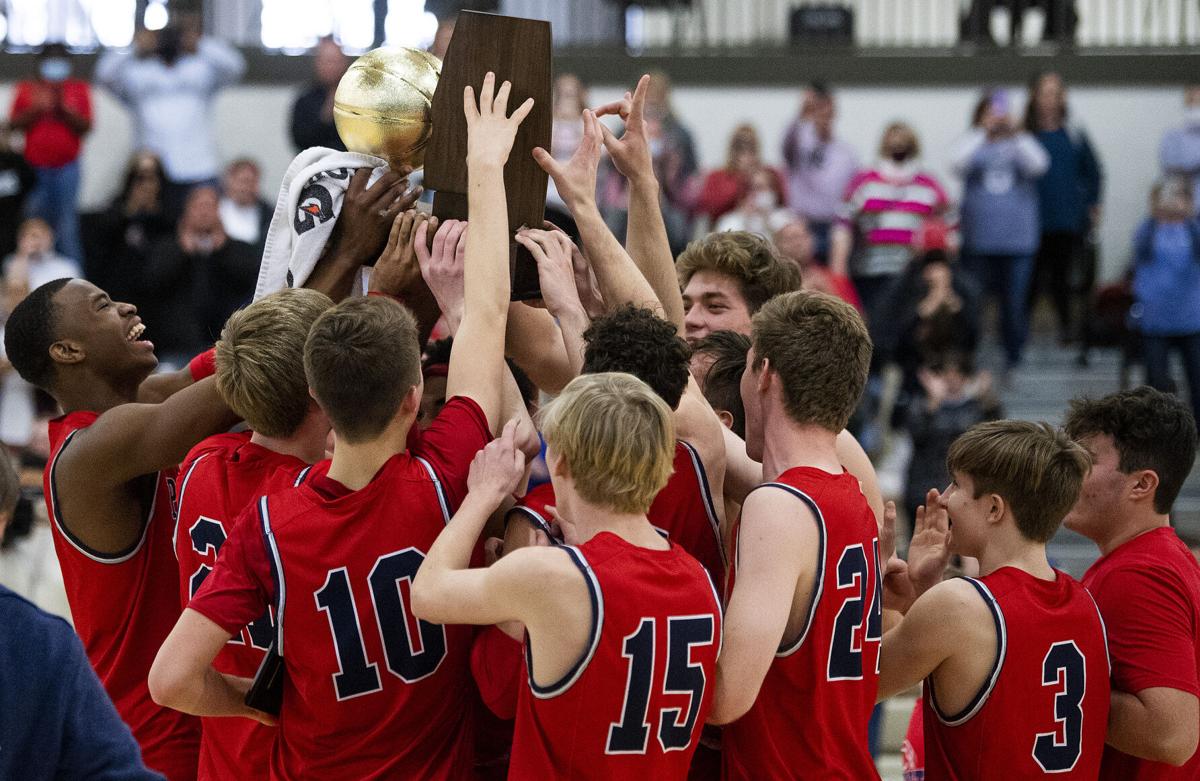 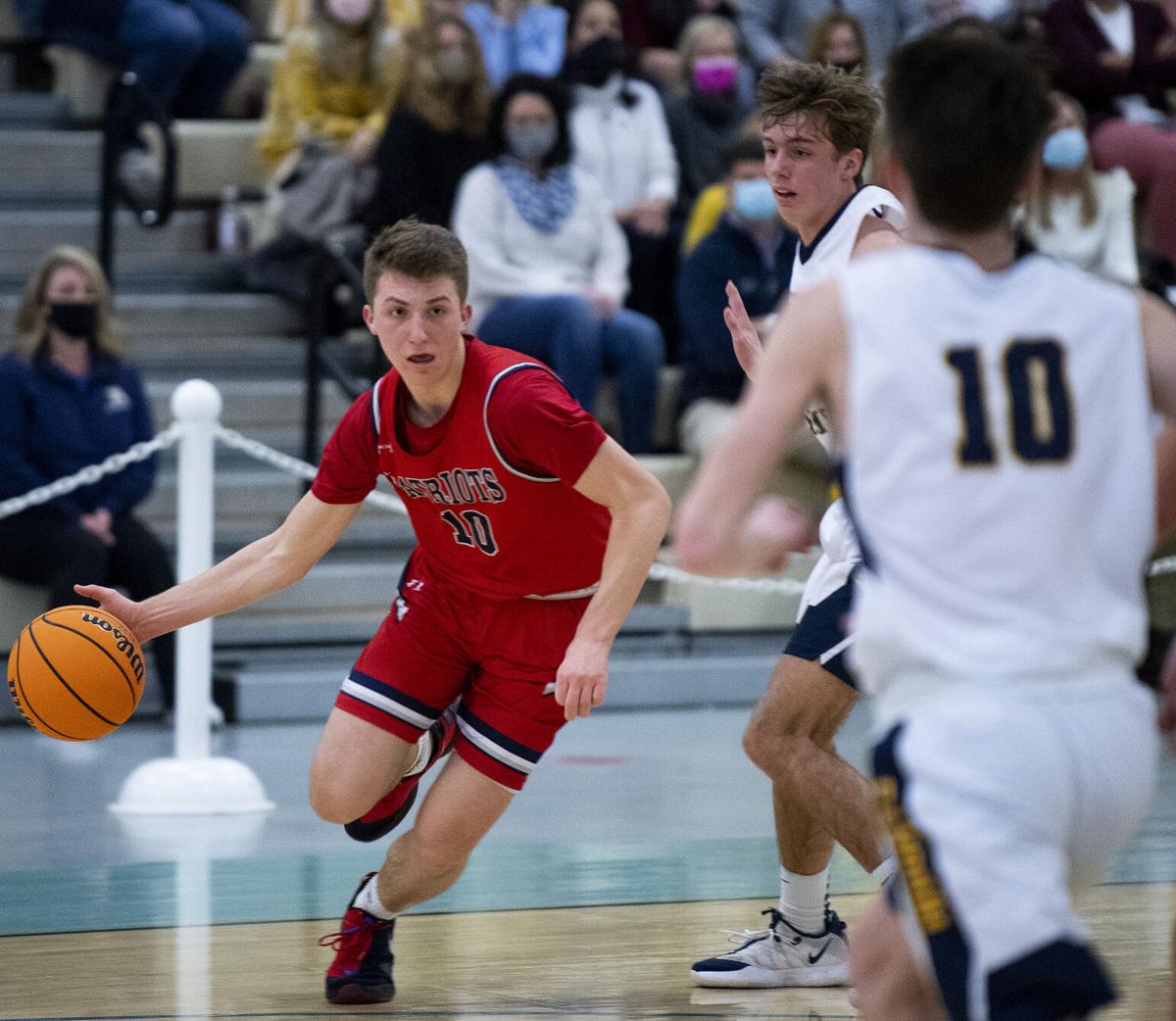 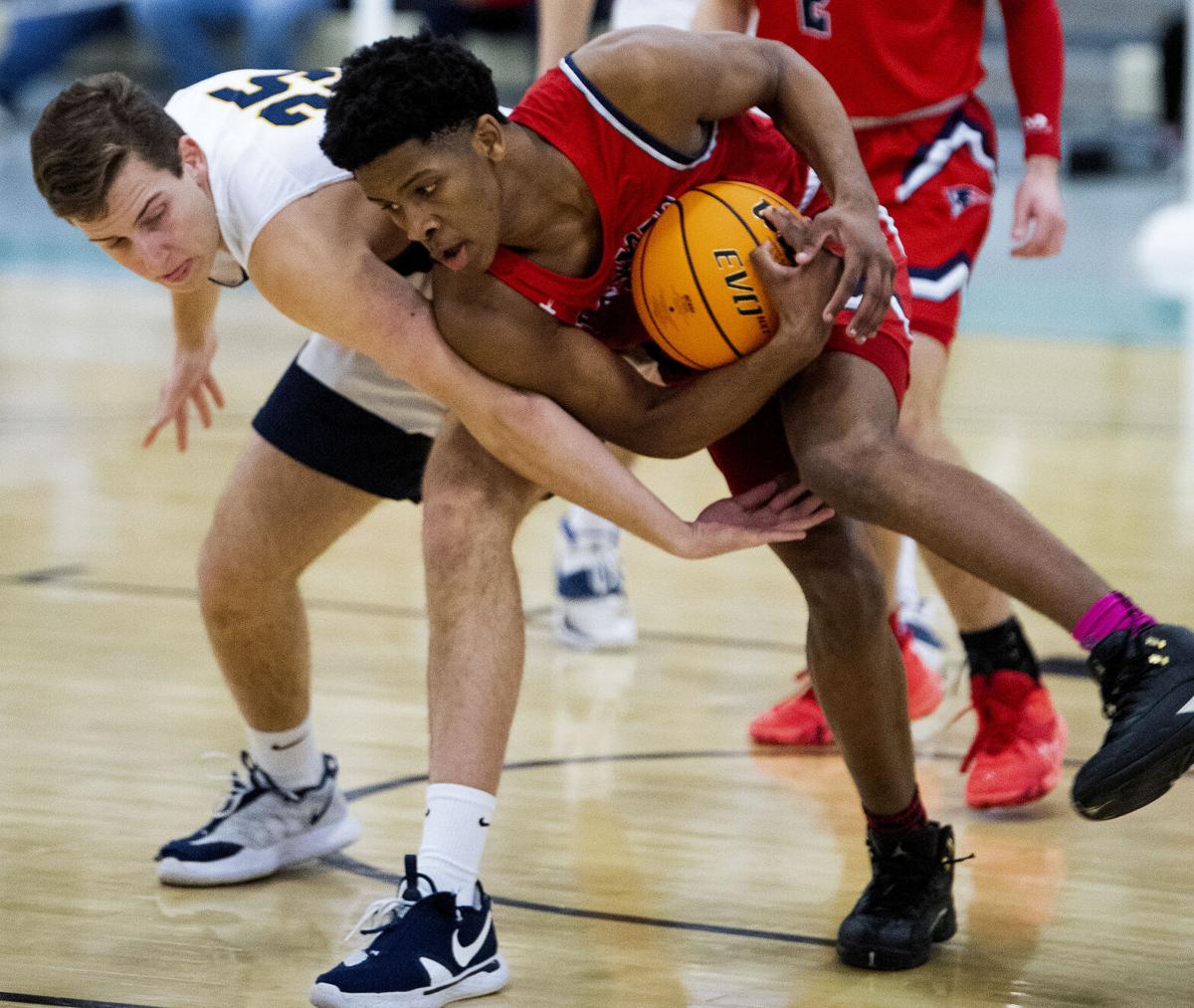 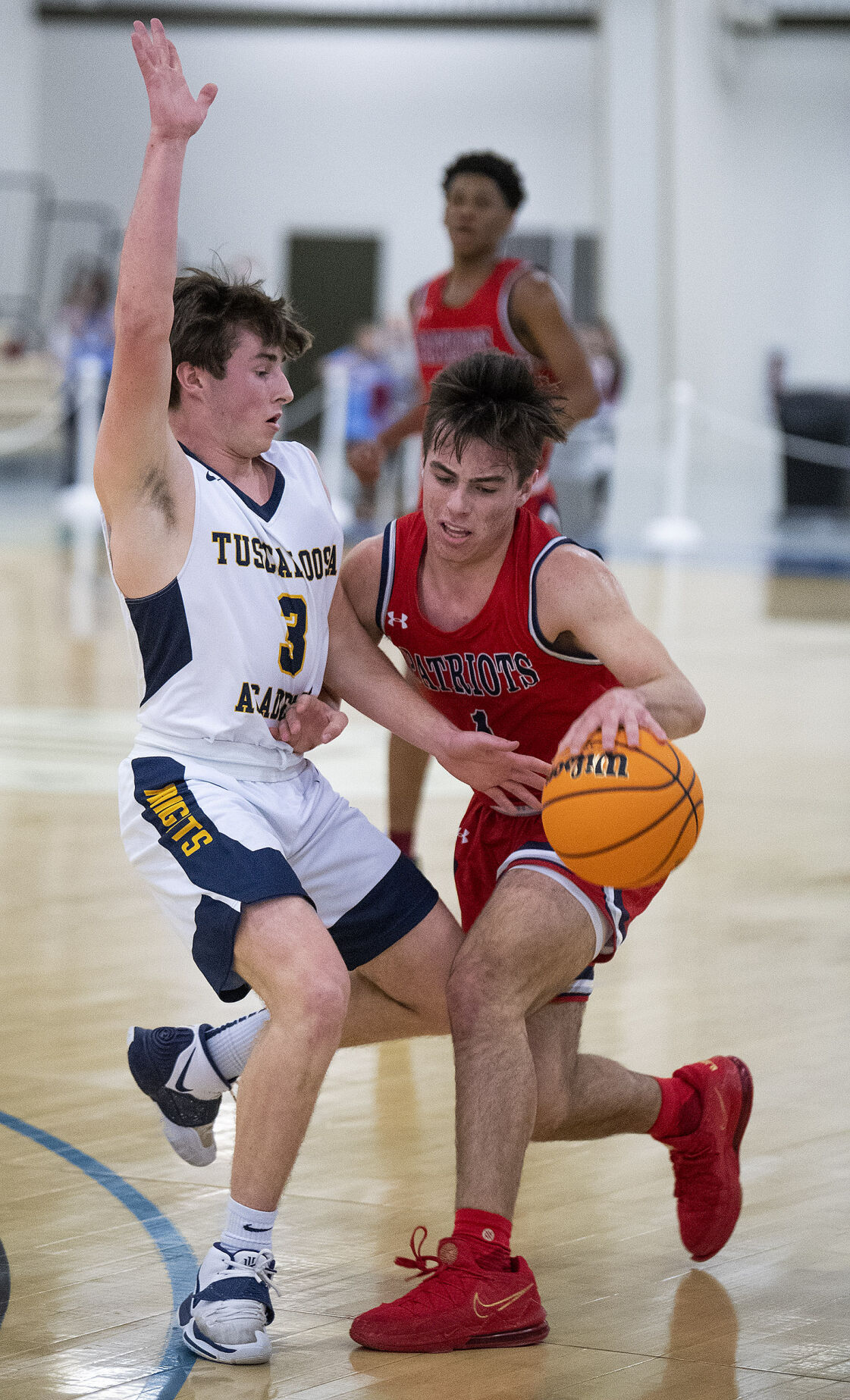 MONTGOMERY – A different kind of championship photo is now on the Pike Liberal Arts’ team GroupMe chat – and a new championship trophy is going into the Patriot showcase.

A year after losing to Tuscaloosa Academy and watching the Knights celebrate a state title – and seeing a cover photo of it on the chat group all year long as motivation – the No. 2 ranked Patriots avenged the loss and captured the latest AISA Class AAA state title, knocking off the top-ranked Knights 55-51 in a rematch Wednesday at the Multiplex at Cramton Bowl.

“We are satisfied now,” junior point guard Drew Nelson said. “This is what we strived all year to get. We wanted them in the championship game. We wanted to get our revenge. We worked our tails off to get here and it has paid off.”

In addition to avenging last year’s title loss in the finals, the Patriots (18-2) avenged one of its two losses this season (63-59 in December) and dealt Tuscaloosa Academy (24-2) its only in-state loss.

The state title was the second in less than three months for Pike Liberal Arts, which won a football state title next door at the Cramton Bowl football field in late November.

“Amazing,” senior Javon Christian said. “I have waited four years for this.”

The Patriots had plenty of heroes Wednesday to earn the revenge and latest title, but none were bigger than sophomore Mario Davenport.

With Pike Liberal leading by three in the final minute, the 6-foot-3 forward was part of three steals and then delivered a key shot block of Tuscaloosa Academy standout Sam Rowley in the final 10 seconds to preserve the win.

The Knights, because of the late defense, had only one shot attempt in the game’s final 1:20 – the block in the final seconds.

“Mario’s defense was great,” said Pike Liberal Arts head coach Matt Brown, who won a state title in his first year as head coach after four years as an assistant coach. “We thought he was a nightmare mismatch for Sam, No. 14, who is one of the best players I have ever seen in the AISA.

"We knew if we were going to disrupt him, we had to find someone very athletic who could jump. Mario is that man. He played great. If it wasn’t for Mario, we probably wouldn’t have won that game.”

Christian put it more directly – “He is the MVP.”

“He stepped up really big for us at the end and came up clutch,” added Nelson.

Rowley, 6-foot-4 senior with acrobatic moves inside and a deadly shot outside, finished with a game-high 29 points, but didn’t score from the floor in the last 7:03 though he had three free throws.

The Patriots, behind an aggressive first quarter on offense, led for all but one minute in the game, but couldn’t put away the Knights, who kept making big plays to stay close.

After a driving shot early in the fourth quarter by Christian with 6:43 left, Pike Lib led 50-44, but the Patriot offense went cold (six straight misses and three turnovers in four plus minutes) and the Knights scored seven straight and take a 51-50 lead off a fastbreak layup by Wilson King with 2:07 left. It was only Tuscaloosa’s second lead of the game, the other at 9-8 in the first quarter.

Clutch free throw shooting by Nelson and Christian, who both made 2-of-2 between a Knights’ missed 3-pointer, put the Patriots up 54-51 with 1:32 left.

Rowley missed a 3-pointer on the next play and the Knights got the offensive rebound before Davenport ended the possession with a steal. Though he committed a carrying the ball violation with 1:12 left, he prevented the Knights offense from gearing up.

Davenport then created a loose ball on the next series and Christian recovered for Pike Lib, but the Patriots’ Austin Cross missed a free throw with 34.2 seconds left.

Davenport was on the spot again on the next series with another loose ball steal, but he missed two free throws with 19.6 seconds left and Tuscaloosa’s King grabbed the rebound.

After a time out with 14.2 seconds left by Tuscaloosa Academy coach Barry Sanderson, son of legendary former Alabama head coach Wimp Sanderson, the stage was set for the final play.

Rowley inbounded to McKee, but got it back and the left-handed shooter fired up a 3-point shot at the left of the top of the arc, but Davenport blocked it and the Patriots recovered the loose ball and eventually called time out with 2.2 seconds left.

“I knew he was going to shoot,” Davenport said. “I knew I had to contest it. I got lucky with the block. It is a blessing.”

After a timeout, Pike threw a long outlet pass to Davenport, who got fouled and sealed the win by hitting 1-of-2 free throws with 0.3 seconds left for the final 55-51 tally.

Christian led the Patriots in scoring with 21 points – 13 in the second half when Pike scored just 22 points.

“My teammates told me to keep going and I kept going,” Christian said. “They were right behind me the whole way.”

Cross had 12 points and Davenport had 10 – nine coming in the first half. Jay Taylor had eight points. Nelson, with four points, was the only other Patriot player to score.

Nelson, Christian and Cross were named to the all-tournament team for Pike Lib. Rowley and McKee were chosen for the Knights.

“This team fought all game long,” Brown said. “We knew we had a good game plan. We had to come out and play good defense. We played the best game we have played all year long. These guys played their tails off.”

Pike Liberal Arts pounded the ball inside early and worked itself to the foul line, hitting 5-of-7 in the first quarter. A 3-pointer at the buzzer by Christian gave PLAS a 17-11 lead at the quarter break.

The Knights cut it to two early in second quarter, but the Patriots built the margin to nine before settling for a 33-28 halftime lead.

With football and basketball titles now in the trophy case, the talk quickly shifted to sweeping boys titles for the year.

“We want the triple crown,” added Nelson, a member of the baseball team which opens its season Friday at the Edgewood Academy Tournament. “We want it all.”

After losing to Auburn in its tournament opener, Dothan bounced back to beat Tallassee 10-5 on Friday night at the Sidney Cooper Invitational …

MONTGOMERY – Some things get better with time.