Free and open election coverage when you register today!
From now through Nov. 7, we're providing FREE access to election coverage, made possible by our subscribers. You can help support our work by becoming a subscriber today.
Log in Sign up {{featured_button_text}}
You have permission to edit this article.
Edit

Democrats swing behind bipartisan virus aid bill; Biden calls it 'down payment' ahead of inauguration 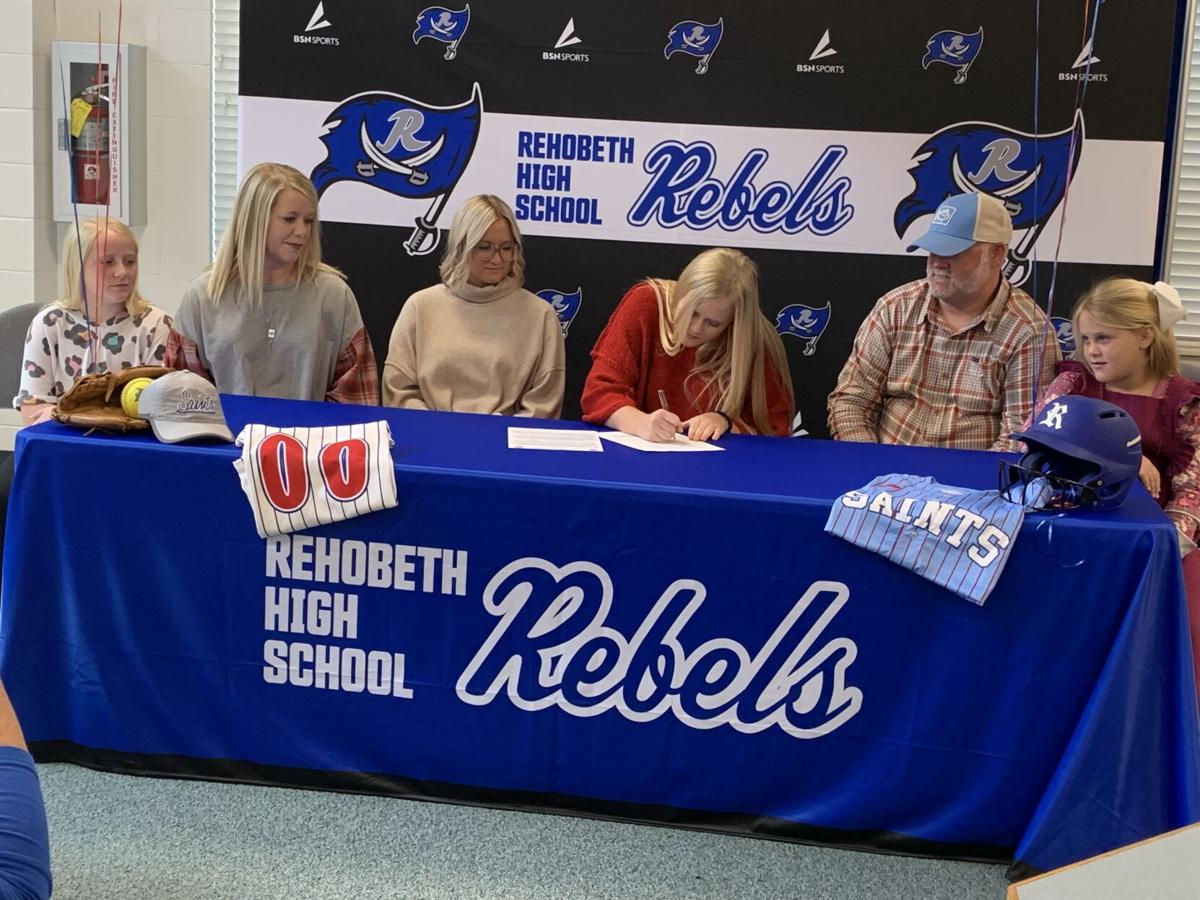 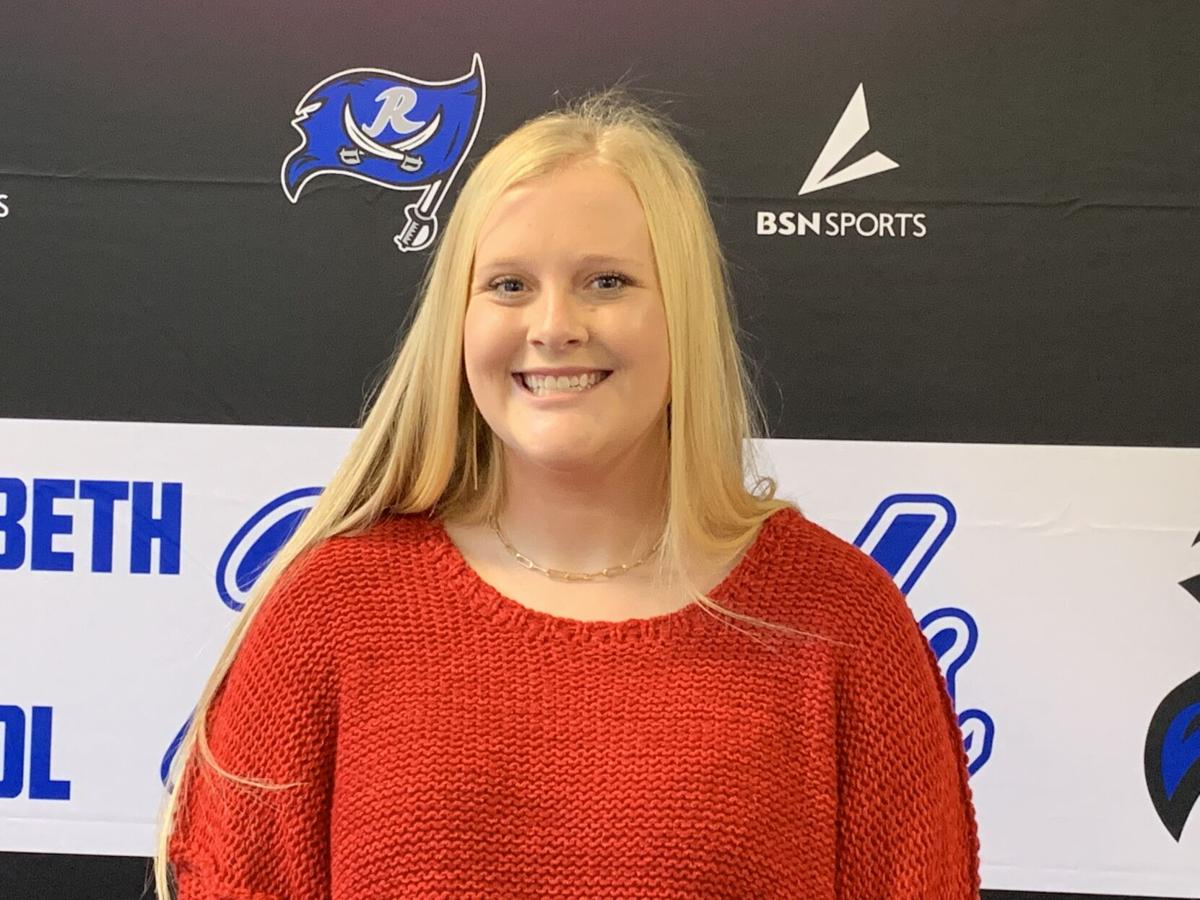 A few months ago, L.B. Wallace softball coach Katilynn Wiggins had Rehobeth’s Claire Watson in Andalusia for a tryout, one that turned to be a highly successful one for the Rebel senior pitcher/first baseman.

“I like to throw something new at them and see how way they can handle it and adjust to it,” Wiggins said. “I don’t expect them to do it perfectly, but to try to do their best.

“She without questioning did exactly how I said it and that was very admirable, so I knew from that moment that she was coachable and would fit in with our program.”

That successful tryout helped land Watson a scholarship to play for the LBW program coached by Wiggins, a 2011 graduate of nearby Straughn High School.

“I am very super excited,” Watson said shortly after signing the scholarship Tuesday at the Rehobeth library. “I love playing high school softball, but it has been a dream of mine to play college ball and now that it is here, I am really excited.

“I love the coach as she is very nice and I love the fact she is closer to my age so she relates more. I definitely love the school. It is a pretty campus and it is close to home.”

In testing Watson during the tryout, Wiggins saw not only the Rehobeth standout’s ability to do things without second guessing, but also perform the tasks accurately.

“I always throw a few new pitches at them if they don’t throw them or even correct a few things if I see something wrong. I corrected one of her pitches and asked her to try something and it was a strike on the next pitch,” Wiggins said. “I also like (for them) to throw an off-speed pitch that a lot of girls don’t throw and within a couple times, it was spot on.”

The performance at the tryout was especially impressive, said Wiggins, since Watson was just cleared from rehab for an ACL tear in her knee.

“You could tell she was a little timid, but she went hard,” Wiggins said. “She was determined. She was just coming off an injury, but she didn’t let that affect her. I thought highly of that because that was how I was when I was younger.”

Watson hurt the knee in February right before last season was supposed to start. She didn’t get to play any in the high school season, which eventually was cut short by the COVID-19 pandemic.

Now healthy, she is ready for the upcoming season in the spring.

“It is definitely been hard to gain the strength back I had last season (before the injury),” Watson said. “Going to physical therapy for so long, it will be very nice to actually step on the field and actually be able to play.”

“On the outside she looks so sweet – a pretty All-American blonde young woman, but she is such a fierce competitor,” Rehobeth head coach Summer Chandler said. “She will do anything on the field. She can play any position wherever you need her to and well enough to start. She will do whatever it takes to win.”

While she is a versatile athlete, her main forte is pitching. During Rehobeth’s 2019 state runner-up season, she earned a 13-3 record with one save and a 3.54 earned run average, striking out 68 batters and walking just 16.

“I am not overpowering, but I have more movement on my balls (pitches), so I feel I can trick the hitters into thinking it is right there, but it is not,” Watson said.

Chandler said Watson’s success as a pitcher is also because of her ability to understand the ins and outs of the game.

“She can get concepts,” Chandler said. “She gets why you throw it a certain way and she understands the game. She can look at the batter and the situation and she knows what to pitch.”

Watson, though, isn’t just a pitching standout. She is also a strong hitter in the Rebel lineup.

“She is killing the ball (at practice),” Chandler said. “Everything looks so effortlessly and easy for her. It is rare to strike her out.”

Watson, who has worked more on regaining her hitting since the injury, said she can hit for power or small ball. During the 2019 season, she had a .358 batting average, a .458 on-base percentage, six doubles, 21 runs batted in and only 12 strikeouts.