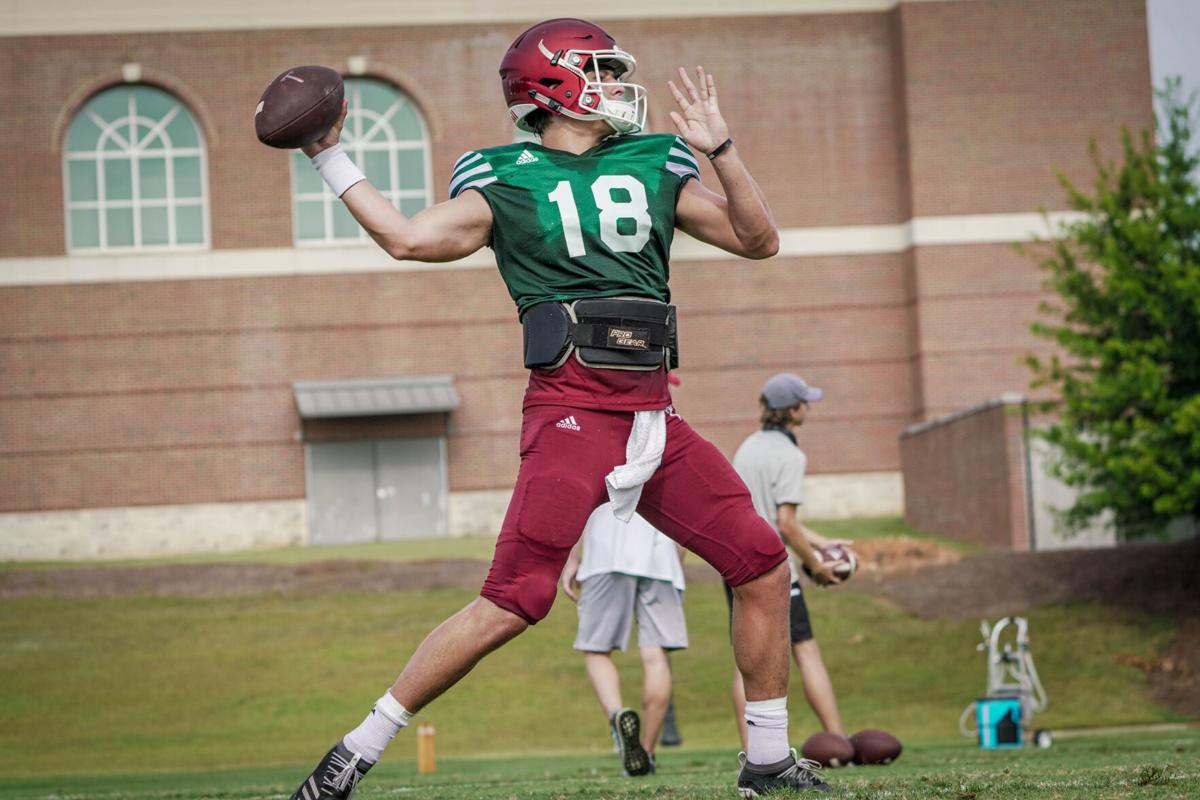 Troy quarterback Gunnar Watson prepares to throw a pass during the Trojans practice on Tuesday. 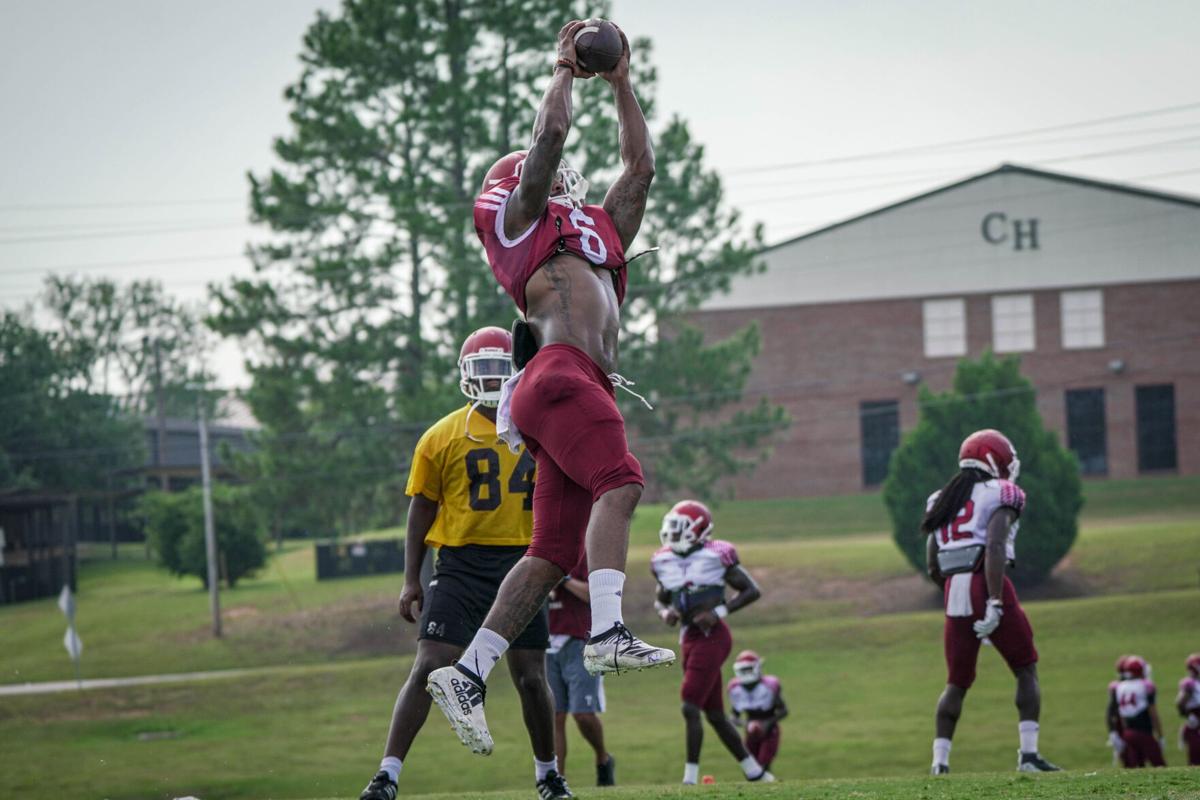 Troy wide receiver Khalil McClain leaps up to make a catch during a Trojan practice Tuesday.

TROY – Troy football is through its first phase for the upcoming season, even if its season schedule remains unclear following another team dropping off the slate.

The Trojans concluded their five-team fall camp on Tuesday with their first full-padded practice of the year on the grass fields behind Trojan Arena. They will take Wednesday off as classes begin on the Troy campus.

“It is what it is with school starting, we just had to make sure that we maximized the five days we had, and I think we did that,” head coach Chip Lindsey said in Troy press release. “Thursday we’ll get back on our normal weekly schedule where we practice in the afternoons.

“We got the most we could get out of the five days of camp with all the meetings, walk thrus and practices. Now it’s time to get the school year started and get on a normal routine.”

Another of Troy’s scheduled opponents for 2020, UMass, announced Tuesday that it would not play football this season. The Trojans were scheduled to play the Minutemen in Amherst, Mass., on Sept. 12.

UMass becomes the fourth team eliminated from Troy’s original schedule because of either electing not to play this season or having a conference schedule update cancel the date with the Trojans. The first three were Arkansas Pine Bluff (Sept. 5), NC State (Sept. 19) and Tennessee (Nov. 21).

Middle Tennessee State’s athletic director Chris Massaro indicated last week that Troy was in discussions with the Blue Raiders about playing two games, one Sept. 19 in Murfreesboro, Tenn., the other on Nov. 21 in Troy. However, no official announcement has been made, though the two games are already listed on the MTSU football website.

Lindsey was pleased at Tuesday’s practice, feeling it was a productive day in pads.

“(Today was the) first day in pads and the energy was outstanding,” Lindsey said. “We challenged our guys to see what we’re made of. This was day five of camp so we’ve gone five straight days and then to end it in full gear. We got a lot of good work today. Anytime you can get 11-on-11, good-on-good I think that is going to help you be a better football team.”

The Troy press release indicated the defense shined during the practice with a rebuilt secondary playing well against Trojan receivers and the front seven having a good day as well.

“I like what I’ve seen so far (from the defense) and the best thing is that they are communicating really well,” Lindsey said.

Question marks still remain for starting spots at quarterback, offensive line, defensive line and in the secondary. Lindsey said a scheduled scrimmage this Saturday could help settle some of the issues.

“We need to get to a scrimmage first and I think we’ll get a lot of answers,” Lindsey said about making depth chart decisions. “We’re still quite a ways away, but at the end of the day they are being evaluated every day at every position and that’s what we’ll continue to do.”

After Wednesday’s off day, the Trojans have a regular practice Thursday and Friday before holding that first scrimmage on Saturday.

The suspense of who will be Troy’s starting quarterback is now over.

Troy quarterback Gunnar Watson prepares to throw a pass during the Trojans practice on Tuesday.

Troy wide receiver Khalil McClain leaps up to make a catch during a Trojan practice Tuesday.