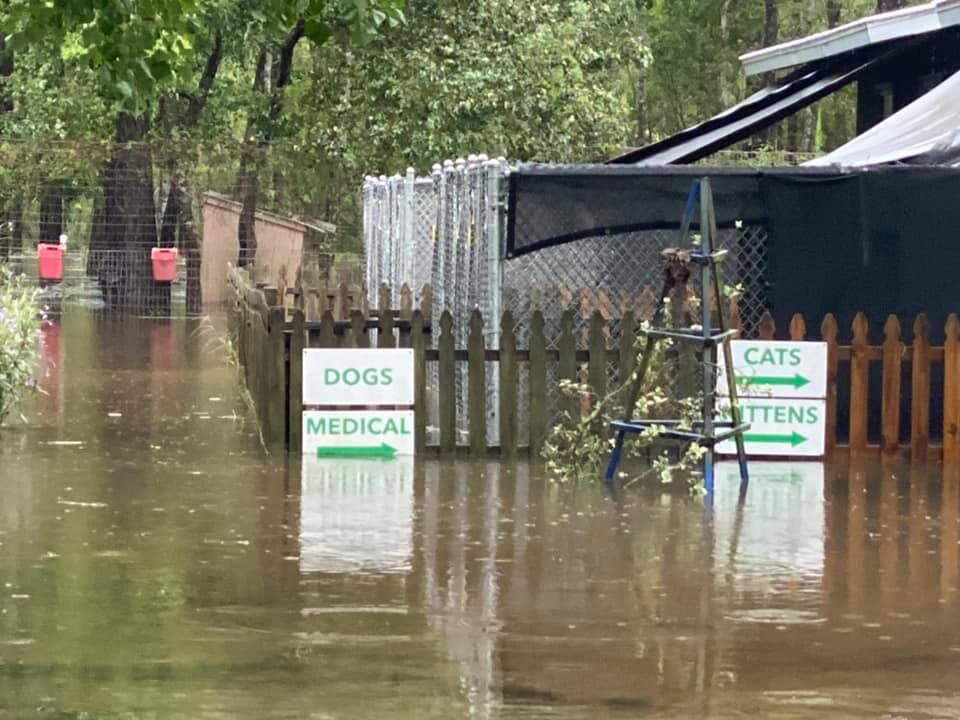 Alaqua Animal Refuge in Walton County, Florida, was forced to evacuate its animals due to flooding from Hurricane Sally.

This photo provided by Alaqua Animal Refuge in Walton County, Florida, shows flooding at the property. 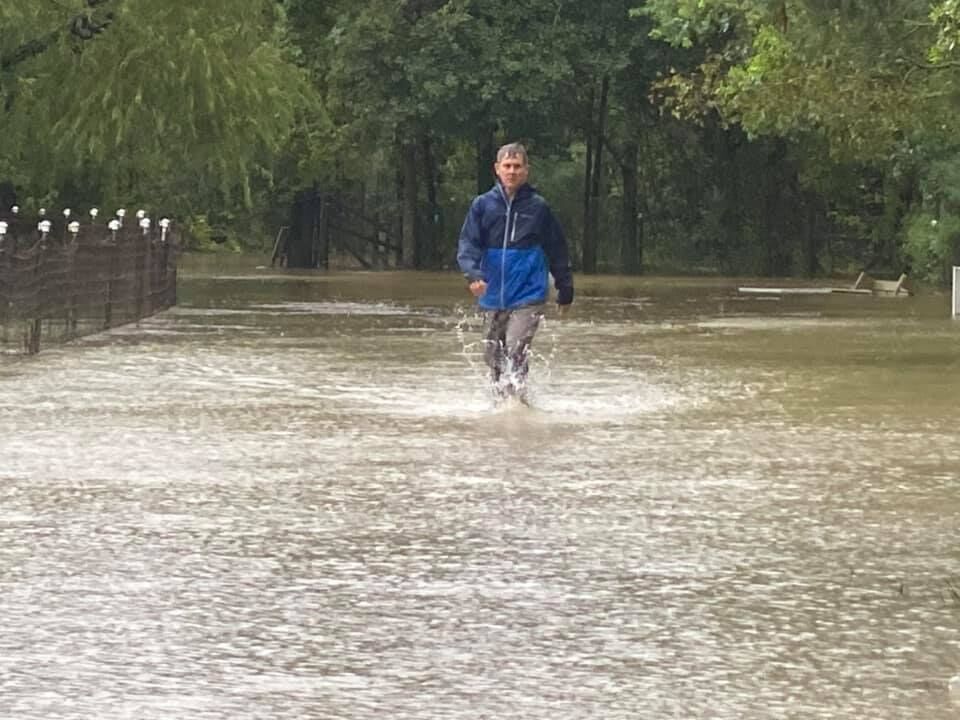 Flooding from Hurricane Sally is shown at Alaqua Animal Refuge in Freeport, Florida. The refuge had to evacuate animals due to the flooding. 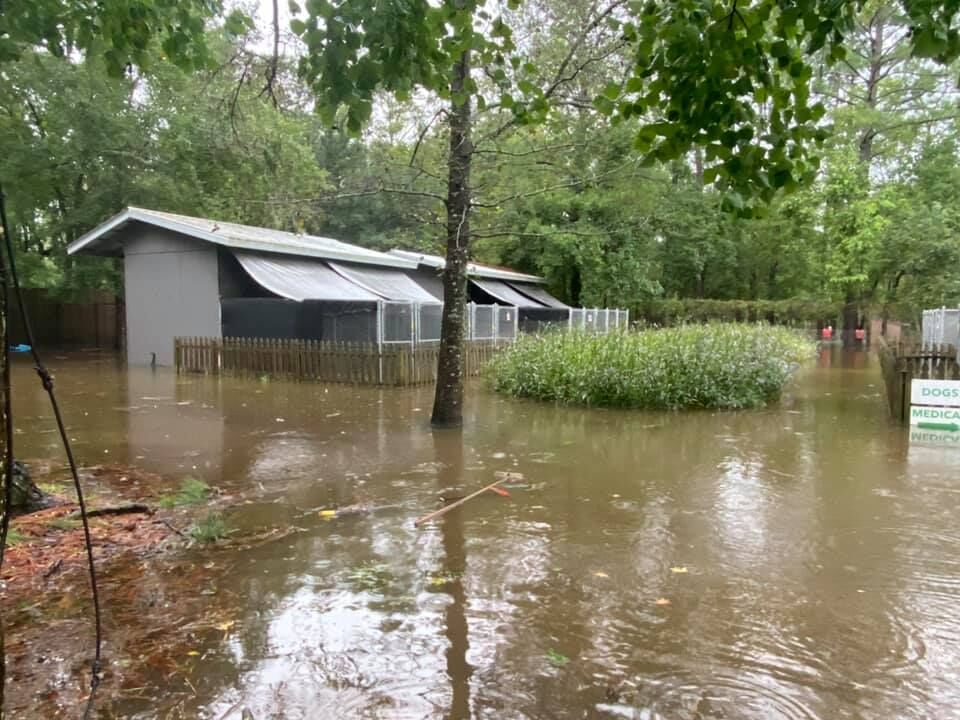 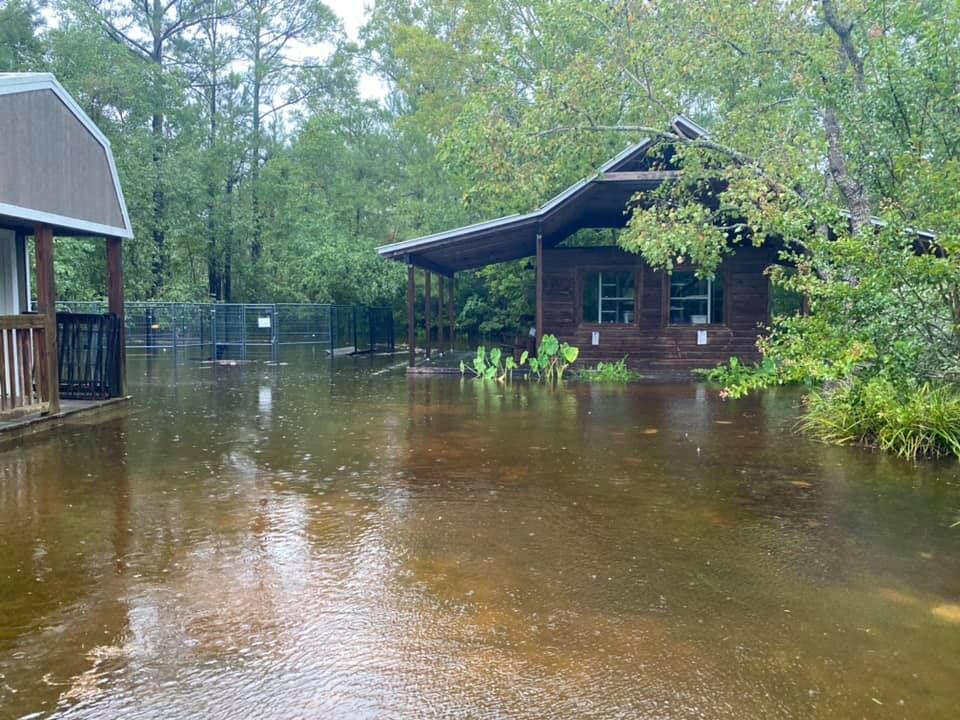 FREEPORT, Florida — A Walton County animal refuge evacuated the shelter's animals due to massive rains from Hurricane Sally, which made landfall Wednesday morning near Gulf Shores as a Category 2 storm.

Alaqua Animal Refuge, located in southern Walton County on the Choctawhatchee Bay, evacuated animals on Tuesday as rain bands were already coming ashore prior to landfall. While Sally was downgraded to a tropical storm after Wednesday's landfall, its rains continued to pound Northwest Florida and Alabama during the day, flooding the Alaqua refuge.

Alaqua’s close proximity to the Choctawhatchee Bay and the safety of the animals were key factors in the decision, as the property is situated about 200 yards from the bay and is located in a high flood and evacuation zone, according to a news release.

Alaqua turned to its foster community and, within hours, the most vulnerable animals were picked up and taken to safer locations.

As of Wednesday, the property where the no-kill animal shelter and sanctuary is located was almost completely under water, and still receiving rain and high wind gusts. The flooding varied throughout the refuge with water reaching from two feet in some areas and up to three feet or more in others. There is no access to the property from the road except by boat, according to the release.

All of the remaining animals not placed in foster care are safe, according to the news release. Wednesday morning, Alaqua moved the mostly larger animals to higher ground away from the flooded areas.

According to the news release, Hurricane Sally surprised the Alaqua Animal Refuge staff and delivered more rain and impact than they were anticipating, or arrangements would have been made sooner.

“We are so looking forward to the day when we will not have to deal with weather events and flooding such as this,” said Alaqua founder Laurie Hood. “It is one of the main reasons we have been trying to move from this location for many years. And luckily, our move to our future home is near and is even more critical, as its location is high and dry and evacuations such as this will no longer be necessary.”

The nonprofit Alaqua Animal Refuge is accepting donations to help with continued care for the animals as cleanup efforts get underway. To donate, visit https://alaqua.org/ and click "How to Help."

The refuge, started in 2007, is currently in the midst of a relocation and expansion capital campaign to build a one-of-a-kind facility on 100 donated acres. Along with animal rescues, the refuge offers a full-service adoption center, educational outreach and community programs.

Alaqua Animal Refuge in Walton County, Florida, was forced to evacuate its animals due to flooding from Hurricane Sally.

This photo provided by Alaqua Animal Refuge in Walton County, Florida, shows flooding at the property.

Flooding from Hurricane Sally is shown at Alaqua Animal Refuge in Freeport, Florida. The refuge had to evacuate animals due to the flooding.