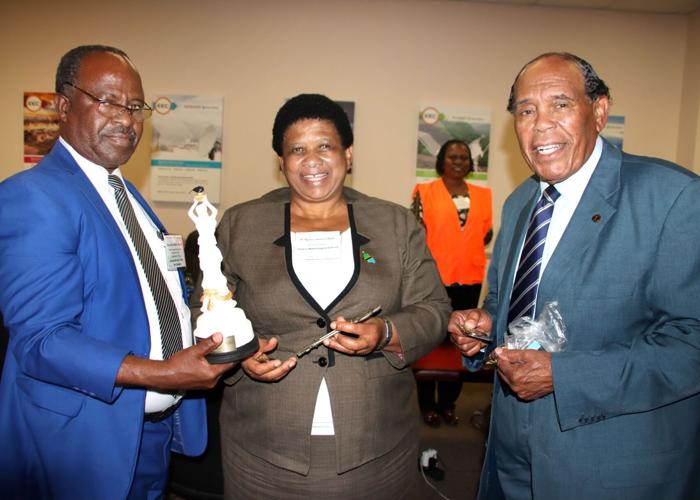 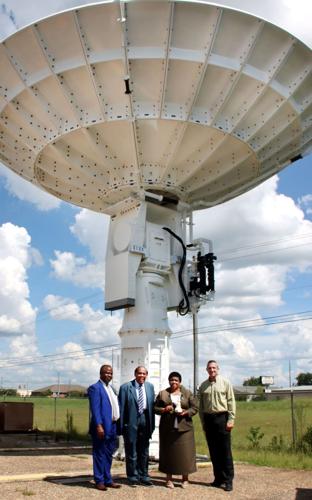 EEC is the leading manufacturer of weather radar and data collection systems in the world, with 1,200 systems in more than 100 countries, covering every continent.

Enterprise Electronics Corp. (EEC), a locally-founded company with worldwide distinction, was recently host to visitors from the government of Tanzania, an East African country known as the home of the safari mecca, the Serengeti National Park, and the Kilimanjaro National Park, which features Africa’s highest mountain.

Although the seven visitors shared information about their country’s culture and invited their American hosts to visit Tanzania in the future, they were in Enterprise to finalize the purchase of EEC Doppler weather systems to be used to help protect people and assets in their country.

Enterprise Mayor William E. Cooper and City Administrator Jonathan Tullos also met with the visitors and welcomed them to Enterprise.

“We are happy to have you in Enterprise. It’s an honor to meet you all,” Cooper said. “Enterprise is fortunate to have a hometown-based company like EEC that has an impact all over the world. It’s nice to know that these systems made right here in Enterprise is going to help the people and the assets valuable to the life of your country.”

Kijazi expressed thanks for the hospitality of EEC and the City of Enterprise and said they were impressed with Enterprise.

Cooper presented Dr. Kijazi with a key to the city and a replica of the Boll Weevil Monument, and told her the story of the monument. He presented each visitor with a City coin to remind them of their visit to South Alabama.

The weather radar systems were being tested this week before their delivery to Tanzania. They will be used to expand the TMA’s existing weather radar network, which was also supplied by EEC. These new tools will further aid the TMA in monitoring weather conditions and collecting other data that can be helpful in agriculture, public safety and transportation. EEC leaders said being able to plan and act based on accurate weather radar forecasts provides a vital service to the companies and governments that make up its customer base.

EEC is the leading manufacturer of weather radar and data collection systems in the world, with 1,200 systems in more than 100 countries, covering every continent. The company, which was founded in 1971 in Enterprise, designs, manufactures, installs, delivers and trains operators for the variety of systems it offers.

Two property zoning requests were on the agenda for the Enterprise City Council Aug. 2. Both requests were approved by separate majority votes.

Hi, I’m Jodi Arias, the Pet of the Week at SOS Animal Shelter!

EPD hosts Shop with a Cop

In conjunction with the Enterprise Police Department, the 8th Shop with a Cop was recently held and sponsored by Hand Up Enterprise and Travis…

Chellye Stump has been named the new Dean of Administrative Services at Enterprise State Community College.

What’s happening in and around Enterprise.

Enterprise Depot Museum is situated one block off of Enterprise’s historic Main St. between the Rawls Building and the railroad tracks. The pa…

EEC is the leading manufacturer of weather radar and data collection systems in the world, with 1,200 systems in more than 100 countries, covering every continent.