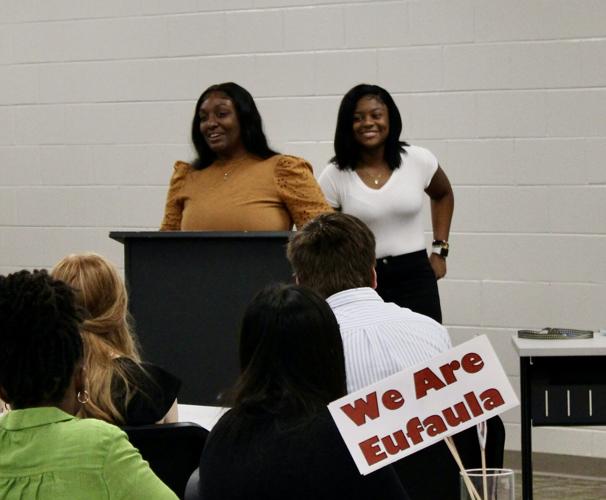 Heaven Duckworth and Heaven Thomas share their experiences with ACT preparation at Eufaula High School with executives from ACT, Inc., and fellow students. 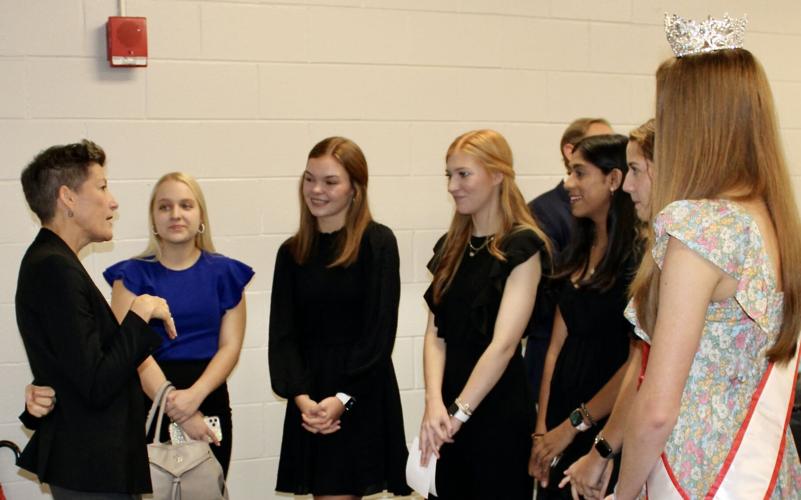 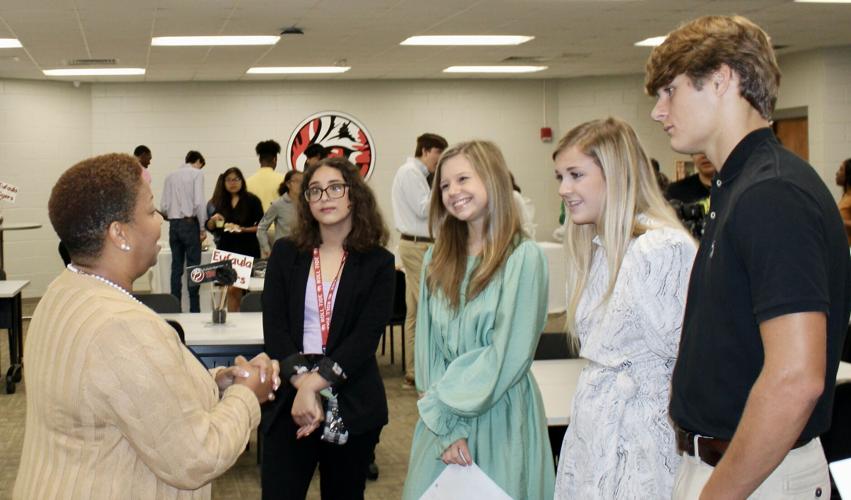 During the visit, students shared testimonials of how the school, and especially Olivia Jones, has prepared them for the standardized test.

ACT, Inc. is primarily known for the ACT, a standardized test designed to assess high school students’ academic achievement and college readiness. The ACT covers four academic skills: English, mathematics, reading and scientific reasoning. It also offers an optional direct writing test. It is accepted by all four-year colleges and universities in the United States and more than 225 universities outside of the U.S. The main four ACT sections are individually scored on a scale of 1–36, and a composite score (the rounded whole number average of the four sections) is provided.

ACT Prep is an elective class with no fee so any student who would like to participate can do so without worrying about having to pay anything. ACT Prep is also extended beyond the regular class day. Tutoring is conducted before and after school, in the summer and on Saturdays through mock tests. Eufaula High School had 12 students score 30+ last year. Those students, now part of the “30 Club” are Annie Wingate, Kathryn Tye, Ethan McCullough, Birch Cochran, Trenton Buffenbarger, Trinity Gant, Maddie Register, Merly Hernandez-Diaz, Luke Padgett, Samuel Miller, Averi O’Brien and Garrett Mottley.

Maddie Register, a junior with a score of 33 who wants to be an attorney and hopes to attend Columbia University and major in political science and English, mentioned that Jones “knows the test like the back of her hand.”

Merly Hernandez-Diaz, a senior with a score of 31 and a first-generation student of immigrant parents, said, “My main worry for college is my financial needs, but the ACT is opening doors for me to attend college.”

Annie Wingate, a senior who has a score of 33, mentioned the competitiveness of her family and her motivation to beat her brothers’ scores. She is continuing to test to make sure her younger brother doesn’t beat her score.

Trinity Gant, a junior who has a score of 32 and hopes to attend Howard University and major in biomedical science, mentioned one of the best pieces of advice given to her by Mrs. Jones was to relax the week before the actual test.

Another member of the 30 Club, Samuel Miller is a senior who is the state Vice President for FFA and is very involved in many extracurricular activities just like the other speakers. Samuel plans to attend Yale, major in environmental science and later become an attorney. He mentioned MathChops, an online learning program provided by Eufaula City Schools, for practice because he wanted a boost in math.

Heaven Thomas and Heaven Duckworth, both juniors who plan to take the upcoming test, are creating a TikTok for Eufaula High School about test-taking strategies they have learned. They are making this TikTok for schools that do not have an ACT Prep program.

Eufaula High School had 30 students make qualifying scores on one or more Advanced Placement tests in May.

Sheryl H. Boldt: A Bible verse we’d rather skip over

Have you ever encountered verses in the Bible you wish the Holy Spirit hadn’t included, such as the ones about loving our enemies?

In a letter to parents and supporters, Patrick J. Brannan, the superintendent of Eufaula City Schools, announced that the school system is ins…

Young named a Woman of Impact

Linda C. Young, the president of Wallace Community College Dothan, has been named a Yellowhammer News 2022 Woman of Impact. In 1988, she becam…

Eufaula native KD Hill is a ferocious presence at nose tackle for Ole Miss, but the work he does off the field is every bit as meaningful as w…

Heaven Duckworth and Heaven Thomas share their experiences with ACT preparation at Eufaula High School with executives from ACT, Inc., and fellow students.